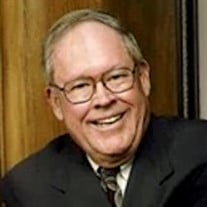 Allen Russell White, born Oct. 5, 1939 in Boston, MA, died Dec. 6, 2021, at Bloomington Hospice House. Allen (Al) was the child of two professional musicians, Vera and Lawrence White, and began his own musical career at the age of 6 as a chorister at the Boston Trinity Episcopal Church Boys Choir. While an undergraduate student at Indiana University Jacobs School of Music, he studied voice and choral conducting and trained in lighting design and technical theater. Upon graduation in 1961 he joined the US Army Band and Chorus where he performed for President Kennedy and for numerous dignitaries at the White House and State Department. After a return to Indiana University to complete his Master’s Degree in Music, Allen was appointed to the School of Music faculty and spent the next 38 years teaching and designing lighting for numerous operas, ballets, and other School of Music presentations. During this time he served as a lighting designer/ technical director for performances in the US, Korea, Israel, Germany, Austria, and The Czech Republic. Upon retirement from the School of Music in 2004, his contributions to musical performance and event planning continued for the IU Foundation, IU Alumni Assn., IU Athletic Dept., and for the Ceremonies Unit of the IU President’s Office. He also served as an events consultant for many activities at IUPUI and for the Indianapolis Violin Competition. His final retirement came in 2019. In 2020 he was honored to be awarded the Bicentennial medal for his contributions to Indiana University. Volunteer activities throughout his life included the Boy Scouts of America- Order of the Arrow, the IU Hospital Bloomington Welcome Center, Buskirk Chumley Theater, IU Dance Marathon for Riley, IU Little 500 Bike Race, and Meals on Wheels. He was a member of the IU Alumni Assn, President’s Circle, Varsity Club, the First Christian Church Choir, and the Monday Lunch Bunch. Allen and Nancy Barnet met at Indiana University School of Music in 1957 and were married in 1961. She survives. Also surviving are daughters Anne (Mike) Hockersmith, Beth White(Neil Marcus), and Laura Waddey, brother Michael White(Elizabeth), Sister-in- law Linda Barnet, and grandchildren Paul (Marie-Sarah Lacharite)Grubbs, Elizabeth (Menassi Morehouse)Grubbs, Rachel Waddey, Benjamin Waddey, Andrew Waddey, and Nathaniel Marcus. Allen loved his family, Indiana University, IU sports, music, boating on Lake Monroe, family vacations, living in the woods, his friends and colleagues, seeing all his former students succeed in music and the theater, and watching his grandchildren grow into caring and capable adults. Services will be held at First Christian Church 205 East Kirkwood Street in Bloomington on Monday December 13, 2021 at 1:00PM with calling hours from 11:00AM to 1:00PM also at the church on Monday. Allen Funeral Home and Crematory 4155 South Old State Road 37 is in charge of arrangements. In lieu of flowers, contributions can be made to IU Health Riley Hospital for Children, Indianapolis, or to the IU Health Bloomington Alzheimer’s and Dementia Resource Service at IU Health, P.O.Box 1149, Bloomington, 47402. Online condolences, photos and memories may be shared with family and friends at www.allencares.com.

Allen Russell White, born Oct. 5, 1939 in Boston, MA, died Dec. 6, 2021, at Bloomington Hospice House. Allen (Al) was the child of two professional musicians, Vera and Lawrence White, and began his own musical career at the age of 6 as a chorister... View Obituary & Service Information

The family of Allen Russell White created this Life Tributes page to make it easy to share your memories.

Send flowers to the White family.