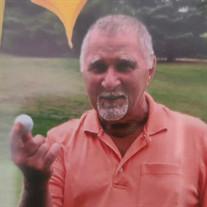 Barry Keith Sexton, 79, passed away at his residence on April 9, 2022 after a lengthy illness, surrounded by family and friends. Barry was born in Bloomington, IN on January 10, 1943 to Everett William Sexton and Sarah Elizabeth (Butcher). Barry retired from the Bloomington Fire Department after 25 years of service. He worked at many trades during his lifetime and was known for being capable of doing about anything. Barry was a member of the United States Army from 1960-1963 where he served proudly as a paratrooper with the 101st Airborne Division. He was a member of the Moose Lodge #1081, American Legion and Am Vets. Barry is survived by his wife, Lee Ann (Curry), his children, Lisa (Don) Stout; Brent (Shellie Mann-Carr) both of Greenwood, IN; Craig (Michele Malafronte) of Elizabethtown, KY and Barry Sexton, Jr. of Ellettsville, IN.; step children Aaron (Tracy) Adams and Tracie Mathews both of Bloomington, IN. Barry is also survived by a brother, Luther Sexton, a sister, Marilyn Paxton, and his mother-in-law, Fredonna Curry. He was preceded in death by his parents, brothers Larry Gene Sexton and Perry Phillip Sexton and a sister Shirley Weddle and his father-in-law Foster E. Curry. Barry was blessed with eight grandchildren, two step grandchildren, two great grandchildren and two step great grandchildren. He loved them all immensely and always wanted to talk to them about their futures and what their goals in life were. He had a special song he sang to them when they were little when they asked “What’s for Dinner”. They can still recite that song to this day in their adult lives. Even though Barry was a quiet man they all knew he meant what he said and was a man of honor and they respected him for it. Barry enjoyed golfing with his beloved friends including his ‘friend in law’ and accompanying his wife and granddaughter on their horse camping trips. He was known as the “camp cook” which meant you were always in for a great meal! Honoring Barry’s wishes no visitation or funeral services will be held. Allen Funeral Home and Crematory, 4155 South State Road 37 in Bloomington have been entrusted with arrangements. Online condolences, photos and memories may be shared with the family at www.allencares.com Those wishing to make a memorial contribution should do so to the charity of their choice.

Barry Keith Sexton, 79, passed away at his residence on April 9, 2022 after a lengthy illness, surrounded by family and friends. Barry was born in Bloomington, IN on January 10, 1943 to Everett William Sexton and Sarah Elizabeth (Butcher).... View Obituary & Service Information

The family of Barry Keith Sexton created this Life Tributes page to make it easy to share your memories.

Barry Keith Sexton, 79, passed away at his residence on April...

Send flowers to the Sexton family.