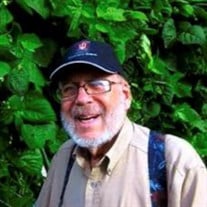 Bob G. Thompson, MD passed away Thursday, March 31st, 2022 at the Brown County Health and Living Center in Nashville, IN after a long illness. He was born in Trenton, TN May 4th, 1936 to Grace Perciful and William (Preacher) Thompson. He was preceded in death by his parents and brother, James A. Thompson. He leaves behind his wife of 61 years, Martha Glenda Thompson and daughter, Karen Rene’ Malone (Richard). He graduated from the University of Tennessee Medical School, Memphis, TN in 1960 and completed his internship and General Surgery residence at the St. Francis and VA Hospitals in Wichita, KS from 1960-1963. He practiced in Trenton, TN for seven years before being called to the Army in 1967. He practiced Orthopedics, Urology and Surgery at Fort Jackson, SC before departing to Saigon, Vietnam as a Commanding Officer and General and Orthopedic Surgeon at the Black Horse Field hospital until 1968. The family moved to West Frankfort, IL in 1973 where he was a family physician (affectionally called ‘Doc’) until 2012, working with his wife Glenda, a registered nurse, for many of those years. He saw thousands of patients and delivered over a thousand babies. After retirement he moved to Ellettsville, IN to be closer to his daughter and son-in-law. A committed Baptist, his strong Christian faith supported him throughout his life. He was also known for his vast movie collection, corny jokes, and his love of gardening. He especially enjoyed growing tomatoes (often more than 100 plants every summer), beans, okra, and corn, often sharing his bounty with others. He ate a tomato nearly every day of his life. Per his wishes he will be cremated and his remains entrusted with Allen Funeral Home and Crematory, 4155 South Old State Road 37, Bloomington, IN. There will be no services, but a celebration of life will be planned at a later date in West Frankfort, IL. Online condolences, photos and memories may be shared with family and friends at www.allencares.com

Bob G. Thompson, MD passed away Thursday, March 31st, 2022 at the Brown County Health and Living Center in Nashville, IN after a long illness. He was born in Trenton, TN May 4th, 1936 to Grace Perciful and William (Preacher) Thompson. He was... View Obituary & Service Information

The family of Dr. Bob G. Thompson created this Life Tributes page to make it easy to share your memories.

Send flowers to the Thompson family.