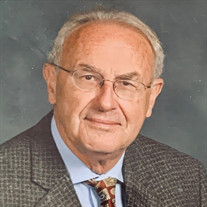 Carl Henry Ziegler died on the April 19, 2021 in Bloomington, Indiana. He is preceded in death by his parents, Walter A. Ziegler, Ruth Elizabeth Schloemer, brother, Walter Jr. and his aunt Connie Dentzler. Carl was born in West Bend Wisconsin where he attended elementary and secondary school graduating in 1958. The 1958 graduating class was a close unit and every December Carl hosted a Winter/Reunion for more than 40 of his classmates. Carl attended Valparaiso University spending his junior year in Tuebingen, Germany. After his undergraduate studies, he was awarded a 4-year graduate fellowship in Comparative Literature at Vanderbilt University where he received his PhD. In 1966, he began his teaching career as an Assistant Professor at Indiana University/Bloomington in Germanic studies and Comparative Literature teaching German language courses and 19th/20th century European and American literature. Early in the 70’s, Carl taught an English composition course for students who were deficient in their English language skills. To correct these deficiencies, Carl created a comparative English/German curriculum, “Inter-Language Concepts”, focusing on teaching language concepts common to both languages. Exceptional students from this program enrolled in the standard German course. In an effort to introduce minority students into the German Department, every summer for four years Carl took four students to Austria where they were enrolled in an intensive German language course and lived with Austrian families. When these students returned to IU, they continued to enroll in German - some becoming German majors. For the first time ever, minority students had become a part of the Department. Unfortunately, when Carl was transferred to a new position, the Department did not continue his outreach and within two years, there were once again no minority representation in the department. In 1990, Carl was appointed Director of the Collins Living-Learning Center by the College of Arts and Science. This position enabled him to closely interact with 400 individually selected students interested in being part of a learning focused residential program. Being fortunate to build on the strong foundation of his predecessor, Carl was able to expand the living-learning center’s mission. One of his first projects was to encourage students to raise their semester programming fee from $10 to $100. This encouraged the College to triple their commitment to the Center. Under his leadership the staff was increased to include an Assistant Director and a Program Coordinator; courses were cross-listed with the Honors Division; the first service-learning course at the University was introduced; numerous one-credit courses were created; the photography studio and the ceramics lab were expanded, weaving was added to the arts program; a student phot directory became available; and 3X5 foot posters were placed in the main lounge to make the Center’s activities visible09 to potential students and their families. Without a doubt, two of the most time-consuming tasks for Carl at Collins were writing personal letters to all incoming students inviting them to the Center and personally inviting parents whose sons and daughters who were on the Dean’s List to a reception on Honors Day. Carl’s efforts at Collins were well received by the University and resulted in his receiving one of two University Distinguished Service Awards and a Bicentennial Medal of Honor. Community involvement has always been an important part of Carl’s life. Over the years he served in Bloomington on the boards of Middle Way House, Monroe County Ministry and United Way and the Ziegler Family Foundation. In addition, Carl’s board of commitments, he generously contributed to more than 15 charitable agencies in the community. When Carl retired from the University, he focused full-time working on his 40-acre property planting trees, flowers, bushes, mulching, mowing, pressure washing and painting. Carl considered himself to have been blessed beyond belief having a loving family, many close friends, a supportive community, a fine education, a rewarding career, and good health. In preparing his obituary, Carl wishes to thank his Schloemer relatives in Wisconsin, his 1958 high school classmates, the staff and former students of the Collins Living-Learning Center, and his unofficial adopted Winters family who have been an important part of his life for 45 years. A memorial service will be held from 11:00 a.m. to 12:00 p.m. on Wednesday, April 28, 2021 at Allen Funeral Home and Crematory, 4155 S. Old State Road 37, Bloomington. Visitation will follow from 12:00 p.m. until 2:00 p.m. at the funeral home. A memorial service and reception will be held at a later date at St. John’s Lutheran Church, 809 S. 6th Ave., West Bend, WI. Allen Funeral Home and Crematory, 4155 S. Old State Road 37, Bloomington IN and Phillip Funeral Home, 1420 W. Paradise Dr., West Bend, WI have been entrusted with arrangements. Online condolences, photos and memories may be shared with family and friends in Indiana at www.allencares.com and in Wisconsin at www.phillipfuneralhome.com To watch Carl's memorial service live through Allen Funeral Home, please follow the link below: https://www.youtube.com/channel/UCZANHdC9x4v4tJtzJBBmHNA

Carl Henry Ziegler died on the April 19, 2021 in Bloomington, Indiana. He is preceded in death by his parents, Walter A. Ziegler, Ruth Elizabeth Schloemer, brother, Walter Jr. and his aunt Connie Dentzler. Carl was born in West Bend Wisconsin... View Obituary & Service Information

The family of Carl Henry Ziegler created this Life Tributes page to make it easy to share your memories.

Send flowers to the Ziegler family.