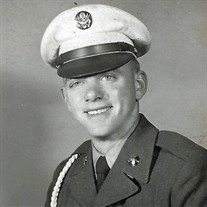 Charles (Chuck) Anderson Betz Osborn, Jr., born June 24, 1933 at Illinois Central Hospital in Chicago, Illinois, passed away on August 4, 2021 at the age of 88. Charles was born to Charles Betz and Grace Osborn. Chuck attended Shakespeare Elementary school in Chicago, IL and graduated from Knox-Center Township High School in Knox, IN in 1951. He worked for the Pennsylvania railroad out of Plymouth, IN; installing railroad ties during his junior year of high school. Chuck joined the US Army Reserve while in high school in 1950. Following high school he was stationed at Ft. Leonard Wood in Missouri Ozarks for basic training and then Ft. Benjamin Harrison in Indianapolis as a MP in the Military Police Corps. Chuck was a physical trainer in the US Army. He received a Good Conduct Medal and was honorably discharged in 1956 after returning from overseas duty at a US Air Force base located in Cambridgeshire, England. He served two more years in the US Army Reserve before returning to civilian status. Chuck married Martha (Marty) on September 2, 1962 and moved from Ober, IN to South Bend, IN where he worked as a logistics manager for Clemens Truck Line. In 1973 they moved to Frankfort, IN where he worked as a logistics manager for Peter Paul Candy Company. When Peter Paul was purchase by Cadbury Schweppes, they relocated to Waterbury, CT. Upon retirement, they returned to Indiana and located in Bloomington, IN. Chuck and Martha raised 4 children, Jon, Steven, David and Nancy. Chuck enjoyed cars, cooking, BBQ and spectator sports including Notre Dame football, Chicago Cubs baseball, Indiana University basketball and football and the Indianapolis Colts football. Chuck and Marty cherished their time together and enjoyed camping and vacationing in Michigan and the Upper Peninsula. They also enjoyed day trips around Indiana, short drives and picnic lunches in Brown County State Park. Chuck is preceded in death by his father Charles and his mother Grace. He is survived by his wife Martha, 3 sons, Jon, Steven and David and his daughter Nancy; 6 grandchildren, Shannon, Rebecca, Suzanne, Kathryn, Charles and Jeremy, his great-grandson Anthony and several cousins. A public visitation will be held at 11 am Wednesday at the Allen Funeral Home, 4155 South Old State Road 37, Bloomington, IN 47401 with a Celebration of Life service to follow at 1 pm Wednesday. Masks are required and will be provided to those arriving without a mask. In lieu of flowers, memorial contributions may be made in Chuck’s memory to the National Multiple Sclerosis Society or the American Cancer Society. Online condolences, photos and memories may be shared with family and friends at www.allencares.com

The family of Charles (Chuck) Anderson Betz Osborn, Jr. created this Life Tributes page to make it easy to share your memories.