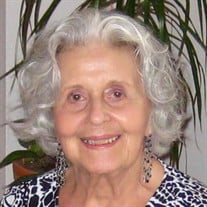 Danielle Siena died on December 21, 2020 at Ketcham Memorial Center in Odon, Indiana after battling several chronic medical conditions. She was born July 1, 1933 in Florence, Italy to Alexander and Carla (Coen) Pekelis. In 1940 she fled Europe with her parents, two sisters and two grandmothers and arrived in New York, where her family was granted refugee status and later became American citizens. After attending schools in Larchmont, New York and Sarah Lawrence College, Dani returned to Italy where she served as executive secretary to Adriano Olivetti, the visionary and charismatic leader of the Olivetti typewriter company. She later worked for Olivetti of America in New York, ultimately becoming secretary to the president. In 1962 she married Jerold Sien, an American singer who had studied opera and choral music in Italy. Dani suggested that he add an ‘a’ to his name to make it more appealing to operatic audiences, and so the Siena surname was born. Together Dani and Jerry experienced the delights and disappointments of the world of opera and had two children, Matthew and Jessica. Beginning in the late 1960s, Dani found a calling as an Italian diction coach, working with young singers at the Metropolitan Opera Studio and the Curtis Institute of Music. In the 1980s, after her divorce from Jerry, Dani became known as a skilled translator and arranger of English supertitles for Italian operas at New York City Opera, where she also served as executive assistant to Beverly Sills, the artistic director. Moving to Los Angeles in the early 1990s, Dani embarked on a third career as a marriage and family counselor, working both in private practice and in institutional settings. She spent a decade working with primarily Latino youth at Trinity Youth Services in El Monte, California where she touched many young people and made lasting friendships with coworkers. In 2011, Dani moved again, this time to Bloomington to be closer to her son and his family. From 2012 until her death, she reprised her Italian diction and supertitle work at the Jacobs School of Music at Indiana University, where she made new friends and was reunited with former colleagues from New York and Philadelphia. In addition to her children, Dani is survived by two sisters, a brother, three grandchildren and ten nieces and nephews. Donations in her memory may be made to Trinity Youth Services, 11057 Basye Street, El Monte, California 91731.

The family of Danielle Siena created this Life Tributes page to make it easy to share your memories.

Send flowers to the Siena family.