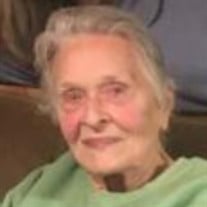 Doris Jean Trueblood Johnson passed away peacefully surrounded by family on January 27th, 2022 at the age of 87 after a respiratory illness. Born in 1934, she grew up in East Chicago Indiana before marrying Keith Johnson with whom she enjoyed 70 years of happy marriage. Doris and Keith moved to Griffith Indiana as young adults where they resided until their retirement years in Bloomington Indiana. She was the secretary to the manager of iron production for Inland Steel before leaving the workforce to be a full time parent to two children aged 13 years apart. She later worked in the corporate offices of Car-X Mufflers, before moving to a job in Chicago with the Focus Infinity Fund which funded photography and literary projects in conjunction with the Art Institute of Chicago and Columbia College. Doris was passionate about many things. Always a great cook, she attended the Cordon Blue Culinary School in Paris as an adult, and anyone who ate at her table considered themselves blessed. She also loved travel, particularly Switzerland and France, with many of her winters spent in the Tucson and Phoenix areas of Arizona. They shared a close group of travel friends at Eagle Pointe in Bloomington, traveling throughout Europe, often on river cruises. She was a loyal fan of Indiana Men’s and Women’s Basketball (and many other IU sports), and somehow seemed to know the rosters and records of just about every Big Ten team. That photographic memory was sharp until the very end; anyone brave enough to play virtual Jeopardy against her was asking for trouble. She was also an avid fan of music and theater, supporting and attending the many great offerings she loved in and around Indiana University and Bloomington. She loved her family dearly, and even authored an extensive genealogy and history of her Trueblood family, finding roots that traced back as far as the Underground Railroad before the civil war. Doris is survived by her husband Keith of Bloomington, daughter Joyce Johnson Porvaznik and her husband Dr. Mike Porvaznik of Bloomington, son Nels Johnson and his wife Dr. Janet Johnson of Bristol, Rhode Island, and grandson David Porvaznik and his wife Brittany Porvaznik of St. Louis, Missouri, as well as many cousins, nephews, and nieces around the country. She will be dearly missed by her family for whom she did so much. As per her wishes, there will be a celebration of life planned at a later date rather than a traditional funeral. In lieu of flowers, the family has asked that gifts be made in Doris Johnson’s memory, to the Indiana University Jacobs School of Music. Memorial gifts may be payable to “IU Foundation.” Gifts can be mailed c/o IU Foundation P.O. Box 6460 Indianapolis, IN 46206-6460. Allen Funeral Home and Crematory, 4155 S. Old State Rd. 37 in Bloomington have been entrusted with arrangements. Online condolences, photos, and memories may be shared with family and friends at www.allencares.com

Doris Jean Trueblood Johnson passed away peacefully surrounded by family on January 27th, 2022 at the age of 87 after a respiratory illness. Born in 1934, she grew up in East Chicago Indiana before marrying Keith Johnson with whom she enjoyed... View Obituary & Service Information

The family of Doris Jean Johnson created this Life Tributes page to make it easy to share your memories.