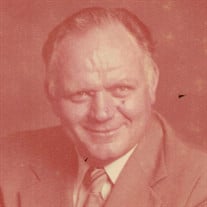 Earl Franklin Wolfe Jr., 80, of Bloomington, IN passed away on Thursday, October 7, 2021 at the IU Health Bloomington Hospital. He was born on February 19, 1941 in Columbus, Ohio, the son of Earl Franklin and Helen Lucille (Morris) Wolfe Sr. He attended High School in Columbus Ohio. He then joined the US Air Force where he served eight years. Earl married the love of his life, Carol Shannon Brody, on January 15, 1963 at Homestead Air Force Base in Homestead, Florida. They were happily married fifty-eight years. He was also a graduate of Miami Dade Community College where he received his Associate Degree in Computer Science. Earl was the owner of Southern Auto and Truck Supply Store in Tallahassee, Florida. He was an avid sports fan who loved the Florida State Seminoles, Atlanta Braves, and Miami Dolphins. He was a great basketball player and loved coaching his son’s and daughter’s sports teams as they grew up. He was a fantastic bowler and bowled in a semi-pro bowling league in Miami. He was a collector of coins, stamps, and guitars. He loved watching movies and riding trains. Earl loved his family and enjoyed spending time with his family and friends. He accepted Jesus into his heart as his Lord and Savior. His family will hold him in their hearts until they see him again. “Do not let your hearts be troubled. You believe in God; believe also in me. My father’s house has many rooms; if that were not so, would I have told you that I am going there to prepare a place for you? And if I go and prepare a place for you, I will come back and take you to be with me that you also may be where I am.” John 14: 1-3 Earl is survived by his wife Carol S. Wolfe of Bloomington; son, Timothy (Pamela) Wolfe of Miami, FL; daughter, Teresa (David) Armstrong of Bloomington; three grandchildren, Ariah Darlene (Evan) Transmeier; Asa James Wolfe (Allison Nagel); Seth Grant-Nobbs Wolfe; two brothers, George Wolfe and John Wolfe; and many nieces, nephews, and cousins. He was preceded in death by his parents; his sister, Carol Ann Smith; and his brother, Frank Wolfe. A private graveside service will be held for the family at the Green Lawn Cemetery in Columbus, Ohio. Allen Funeral Home and Crematory have been entrusted with arrangements. Online condolences, photos and memories may be shared with family and friends at www.allencares.com

Earl Franklin Wolfe Jr., 80, of Bloomington, IN passed away on Thursday, October 7, 2021 at the IU Health Bloomington Hospital. He was born on February 19, 1941 in Columbus, Ohio, the son of Earl Franklin and Helen Lucille (Morris) Wolfe Sr.... View Obituary & Service Information

The family of Earl Franklin Wolfe Jr. created this Life Tributes page to make it easy to share your memories.

Earl Franklin Wolfe Jr., 80, of Bloomington, IN passed away on...