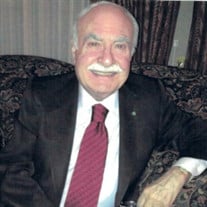 Edoardo A. Lebano, 86, of Bloomington, passed away Saturday, November 28, 2020 at his home. A Professor Emeritus of Italian at Indiana University and a naturalized American citizen since 1961, Dr Lebano was born in Palmanova (Udine), Italy on January 17, 1934. After his marriage to Mary Vangeli of Washington, D.C., in 1967 he came to America where he earned his PH.D. in Romance Languages at the Catholic University of America in Washington, D.C. HE taught Italian at a Foreign Service Institute, Department of State in Washington D.C, the University of Virginia, The University of Wisconsin – Milwaukee, and at Indiana University from 1971 to 2000, the year of his retirement. He also served for nine consecutive summers as director of the Italian School of Middlebury College, Vermont. He was elected to two terms as president of the American Association of Teachers of Italian (AATI). He is the author of numerous scholarly publications in the field of language instruction, Renaissance Literature, and Italian - American History. Additionally, he has conducted national surveys of the teaching of Italian in the United States, published both in this country and in Italy. Professor Lebano is a member of several professional associations, as well as NIAF. He was lectured widely in Italy and the United States. He has been the recipient of several teaching awards, and in 1988 President Francesco Cossiga of Italy has conferred upon him the title of Cavalier della Republica Italiana for Cultural Merit. Mary, his wife of fifty years, died in 2007. Two sons, Tito Nicola and Mario Antonio, survive, as well as two grandchildren, Nicolas and Alessandra, and two great grandchildren, Caleb and Claire. He is survived by Lucy Guerlac, who has been his devoted and loving companion for many years. A Celebration of life service will be held at a later date, when we can all gather together safely. Allen Funeral Home and Crematory have been entrusted with arrangements. Online condolences, photos and memories may be shared with family and friends at www.allencares.com

Edoardo A. Lebano, 86, of Bloomington, passed away Saturday, November 28, 2020 at his home. A Professor Emeritus of Italian at Indiana University and a naturalized American citizen since 1961, Dr Lebano was born in Palmanova (Udine), Italy on... View Obituary & Service Information

The family of Edoardo A. Lebano created this Life Tributes page to make it easy to share your memories.

Edoardo A. Lebano, 86, of Bloomington, passed away Saturday,...

Send flowers to the Lebano family.