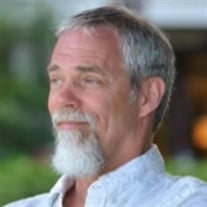 Edward H. Krause III, 59, of Bloomington Indiana passed away on 4/13/22 after a long battle with cancer. Edward was born on May 7th, 1962 to Nancy Krause and Edward Krause Jr. in Milwaukee Wisconsin. Edward graduated from Eisenhower High School, in New Berlin WI. He landed his current job at Catalent Pharma Solutions where he was a Lead Process Engineering Technologist. He specialized in the serialization of Drug Product and was very well respected by all. Edward was also passionate about building things with his hands, brewing custom beers, and continuously learning new things. He had an exceptional mind and was amazingly smart in all areas. His creativeness, humor, and spark were one that lit up a room. Ed loved his family, children and grandchildren dearly. He took pride in helping people of all walks of life and will be greatly missed by all. Edward Krause was a force of nature, determined to provide for his family. His family meant more to him than anything else in the world, something he often mentioned. He was unendingly supportive of Susan Krause (Wife), Eddie Krause (Son), and Nancy Krause (Mother). Edward is Survived by his beloved wife, Susie Krause; Son, Edward H Krause IV (Kailyn) and granddaughters Kenzie and Harper, Mother, Nancy R. Krause, along with numerous cousins that he cherished dearly. Preceding him in death was his father Edward H Krause Jr.; Brother David Joseph Krause. There will be two visitations for Ed. Please send cards to one of the visitation locations listed: The first visitation will be held at Clear Creek Christian Church on April 20th, with viewing from 10am-1pm and service at 1:00pm at 530 W. Church Ln, Bloomington, IN 47403; The second visitation will be held at Krause Funeral Home on Saturday April 23 from 11am-2pm at 12401 W. National Ave, New Berlin, WI 53151 with burial immediately following at Holy Apostles Catholic Church, 16000 W. National Ave, New Berlin, WI 53151. Allen Funeral Home and Crematory, 4155 South Old State Road 37, Bloomington, IN 47401 have been entrusted with arrangements. Online condolences, photos and memories may be shared with family and friends at www.allencares.com

Edward H. Krause III, 59, of Bloomington Indiana passed away on 4/13/22 after a long battle with cancer. Edward was born on May 7th, 1962 to Nancy Krause and Edward Krause Jr. in Milwaukee Wisconsin. Edward graduated from Eisenhower High School,... View Obituary & Service Information

The family of Edward H. Krause III created this Life Tributes page to make it easy to share your memories.

Send flowers to the Krause family.