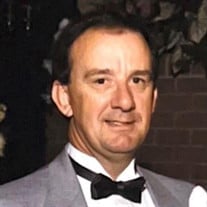 Francis (Frank) Emerson Binford, Jr. passed away on December 31, 2021 at the Hearthstone Health Center in Bloomington, Indiana. Frank was born in Indianapolis, Indiana on October 3, 1939. He graduated from Broad Ripple High School, where he finished second in the state in wrestling during his senior year; he also helped lead Broad Ripple to the 1959 Indiana team state championship. Frank earned his Bachelor’s degree from Indiana State University. In the Fall of 1960, Frank Binford married the love of his life Leah (Galyan) Binford. He was blessed with three children (Paul, Jonathon, and Matthew) and five grandchildren. Frank served as a gospel preacher at several congregations during the 1960s and early 1970s including the Terre Haute Southside, Fairlawn and, later, the Judah Churches of Christ. Frank was the director of the Southeastern Church of Christ Children’s Home and served as an elder for this congregation. Dr. Binford served as a school psychologist for the Indianapolis Public Schools and as principal of Indianapolis Christian School. He was a su- pervising psychologist and the Director of Guidance Services for the Palm Beach County School District. He was also a counselor in private practice and an adjunct instructor for Florida Atlantic and Nova Universities. He later worked as a principal and school psychologist in southern Indiana. In retirement, Frank achieved his lifelong dream of owning a farm, which was inspired by his experiences at his grandparent’s farm in Kansas. He and his wife developed Binford Woods on the westside of Bloomington. He over- came many different childhood circumstances to become the first member of his family to graduate from college, eventually earning a doctorate from the University of Iowa. Throughout his life, he gave generously to others especially family. His greatest joys included riding his tractor, baling hay, and watching his children and grandchildren succeed. Frank was preceded in death by his parents, Emerson and Neoma Binford, his two sisters, Donna Vaughn and Denise Binford, his son Jonathon, and two grandsons, Bryan Emerson and John Tyler Binford. He is survived by his wife of 61 years, Leah, two of his sons, Paul and Matthew (their wives’ Nancy and Ellen) and three grandchildren (Lauren, Aaron, and Caleb). Visitation will be on Tuesday, January 4, 2021 from 9:30 am to 10:45 am followed by a funeral service at 11:00 am at Allen Funeral Home, 4155 S Old State Rd 37, Bloomington, IN 47401. Online condolences, photos and memories may be shared with family and friends at www.allencares.com

Francis (Frank) Emerson Binford, Jr. passed away on December 31, 2021 at the Hearthstone Health Center in Bloomington, Indiana. Frank was born in Indianapolis, Indiana on October 3, 1939. He graduated from Broad Ripple High School, where he... View Obituary & Service Information

The family of Dr. Francis Emerson Binford Jr. created this Life Tributes page to make it easy to share your memories.

Send flowers to the Binford family.