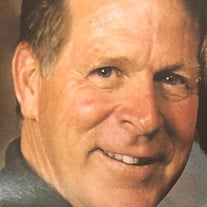 Howard Lee Bruce, 81, of Bloomington, Indiana, peacefully passed away early Sunday morning on February 20, 2022 after a long battle with Parkinson’s Disease. Howard, given the childhood nickname “Sonny,” was a loving father, grandfather, brother, uncle, and friend. Howard was born in Bloomington, Indiana on October 20, 1940, to Oren and Macy Bruce. Howard is survived by his wife, Stella Bruce, his three children Doug Bruce (Shelly), Matt Bruce (Kelly), Leigh Walls (Jason); eight grandchildren, Hannah Wheat (Cory), Haley Stephens (Kyle), Mason Bruce, Evan Bruce, Lily Bruce, Grady Bruce, Claire Walls, and Daniel Walls (Amanda); and two great-grandchildren, Jayla Bruce and Rylie Stephens; and his siblings, Sharon Mullis Settles (Bill), and Robert Baker (Bonnie). Howard is preceded in death by his late wife Starr (Sare) Bruce and his parents Oren and Macy Bruce. Howard graduated from Bloomington High School in 1958 and entered the United States Marine Corps after graduation. Proudly serving his country as a United States Marine, Howard cherished the memories made in the Corp and his time spent in California and Hawaii. After his active duty with the U.S.M.C. in 1961, Howard then continued to serve in reserve status for several more years. He then returned to Bloomington to marry the first of his two loves and the mother of his three children, Starr Ann, to whom he was married until her passing in 1985. Howard built his career in the insurance business working for Farm Bureau Insurance, Prudential, and eventually retiring from Sentry Insurance in 2004. In addition, in 1982, Howard and Starr purchased the downtown card and candy store, The Betty Jean Shop, which Howard ran until 1992. Working downtown in both the insurance business and the card store, Howard, one who never knew a stranger, made friends with many of his customers and sincerely enjoyed being a part of Bloomington’s downtown community; he was a key member of the Downtown Bloomington Commission. In 1993, Howard married the second love of his life, Stella Bruce, and together they enjoyed watching their family grow and taking weekend drives and entering car shows in their favorite MG. Howard loved spending time outdoors and was very active until the late stages of his illness. He was an avid fisherman and hunter, and a founding member of the Hoosier Bassmaster’s. He loved spending time in his canoe and taking numerous fishing and camping trips. Howard also had an affinity for cars, especially anything British, having owned several MGB’s, Triumph, and MGA sports cars, often, all at the same time. Over the years, Howard also took up modeling and acting. Howard had fun modeling for local businesses, and to this day, his family will lovingly refer to him as “Dr. Tavel.” In lieu of flowers, the family requests contributions to the Parkinson’s Foundation or the local Friends of Lake Monroe nonprofit.  Although he will be missed, Howard lived a full life, and friends and family are invited to visit at Allen Funeral Home and Crematory 4155 South Old State Road 37, Wednesday February 23, 2022, from 4:00PM to 7:00PM. Funeral services will be held Thursday February 24, 2022 also at Allen Funeral Home and Crematory at 11:00AM. Pastor Michael Douglas will preside and Howard’s burial will follow at the Clear Creek Cemetery, completing with The Monroe County Veterans Honor Guard providing Military Honors. Online condolences, photos and memories may be shared with family and friends at www.allencares.com

The family of Howard Lee Bruce created this Life Tributes page to make it easy to share your memories.

Send flowers to the Bruce family.