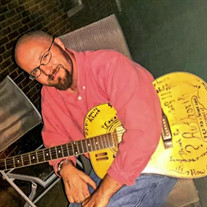 James L. “Jimmy” Cain Jr., 52, of Bloomington passed away on Thursday, September 16, 2021 at his home. He was born on December 14, 1968 in Tokyo, Japan, the son of James L. Cain Sr. and Janet Lorene (Carmichael) Cain. Jimmy was a graduate of Avon High School in Avon, Indiana. He was a US Air Force Veteran where he served in the Fire Protection Unit and also served in the US Air Force Reserves. Jimmy married the “sweetheart of his life” and best friend, Marjorie Elaine Wise, on April 5, 1991 in Indianapolis, Indiana. Their journey together involved travelling the world and raising their beloved children. They were happily married for 30 years. Jimmy loved people and dedicated his life to helping those in need. He worked as a firefighter/paramedic for the Indianapolis Airport, the Beech Grove Fire Department, the Indianapolis Fire Department, as well as several other fire departments for many years before retiring in 2015. He loved his career and the community around it and often talked about his “brothers”. He was a member of Masonic Lodge in Indianapolis, Indiana. Jimmy had a strong faith and belief in God. He was an avid musician and played in various bands. He loved to sing, write songs, and play guitar. He enjoyed discussing topics in history and sciences and he often marvelled at technological possibilities. He was a dreamer. His greatest joy in life was spending time with his family and friends. He loved Alabama football and his beloved Air Force. He also adored animals and nature. He will be greatly missed by all who loved and knew him and his amazing personality. Jimmy is survived by his wife, Marjorie E. Cain of Bloomington; his children, Jameson E. (Abigail) Cain of Bloomington; Mary Grace “Gracie” (Daniel) Vagg of the Netherlands; Mia E. Cain of Bloomington; Carolyn R. “Sweetheart of the Tulip Festival” Cain of the Netherlands; four grandchildren whom he adored, Zane Cain; Coraline Cain; Eleanor Cain and Baby Cain on the way; one brother Robert D. Scholes of Bloomington; his aunt, Linda (David) Shelby of Georgia; two dogs, Harper and Penny; and granddog Gatsby Vagg. He is preceded in death by his parents, grandparents, aunts, uncles, two dogs Lucy and June Bug Cain, cat Nikki Cain. He was so loved. There are no services scheduled at this time due to family members being affected by covid-19. The family has elected to have an online tribute until a celebration of life can be arranged safely. Cremation Rites have been accorded. Allen Funeral Home and Crematory have been entrusted with arrangements. Online condolences, photos and memories may be shared with family and friends at www.allencares.com

The family of James L. "Jimmy" Cain Jr. created this Life Tributes page to make it easy to share your memories.

Send flowers to the Cain family.