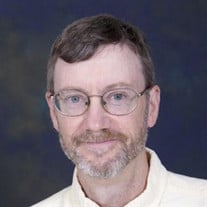 James Patrick “Jim” Reilly, 71, died at Hospice House in Bloomington, Indiana, on February 13, 2022, after a valiant struggle with cancer. He was born on August 29, 1950, in Mt Vernon, New York, to James Reilly and Catherine (Daly) Reilly. After graduating from Chaminade High School in Mineola, New York, in 1968, he earned an AB in chemistry from Princeton University in 1972. From there he went on to Cambridge University as a Winston Churchill Scholar, gaining a certificate of postgraduate study in physical chemistry in 1973. He completed his graduate studies in physical chemistry at the University of California, Berkeley, working with Profs. George Pimentel and Brad Moore, pioneers in the use of lasers in electronic spectroscopy. He then spent time as a guest researcher at the Max Planck Institute in Munich, Germany. He joined the Chemistry Department at Indiana University in 1979, receiving the Camille and Henry Dreyfus Foundation Young Faculty Award in the same year. In 1982, he was recognized as an Alfred P. Sloan Fellow, and in 1983, was named a Camille and Henry Dreyfus Teacher-Scholar. He was tenured in 1984 and promoted to full professor in 1987. Jim served as the chair of the department from 2007 to 2010. His time as chair was distinguished by a year during which five new faculty were hired, including two women. Jim published over 200 papers during his career, and succeeded with approximately fifteen patents. Outside of work, Jim had many interests and hobbies. He was an avid and competitive athlete, participating in many sports, but especially track and field. He started out as a runner and high jumper in high school and ended as a decathlete in college and graduate school. He earned his blue at Cambridge on a rowing crew composed of other athletes who were not rowing specialists based on his theory that a good athlete could excel at other sports. He passed his love of sports and exercise to his sons and spent many happy years coaching little league baseball and traveling to track meets and baseball tournaments. He bicycled to work most days, even in the worst weather. He also enjoyed camping at national parks and riding his motorcycles. He could and did fix just about everything in his house. He is survived by his wife of 27 years, Mary (Filkins) Reilly; two sons, Colin and Austin; his sister Anne Reilly and brother-in-law Sandy Shapiro; his niece Claire Reilly-Shapiro; his nephew Neil Reilly-Shapiro and wife Becky; and many friends, past and present students, and colleagues. A Mass of Christian Burial will be celebrated by Fr Dennis Woerter at St Paul Catholic Center, 1413 E 17th Street in Bloomington, Indiana, on Tuesday, February 22, at 10 a.m. Allen Funeral Home and Crematory have been entrusted with arrangements. Online condolences, photos and memories may be shared with family and friends at www.allencares.com

The family of James Patrick "Jim" Reilly created this Life Tributes page to make it easy to share your memories.

Send flowers to the Reilly family.