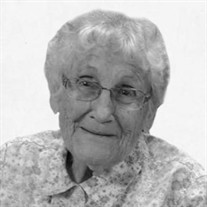 Jewel Deloris (Runyon) Moss (Payton) Jewel was born January 7, 1926 in Stinesville, Indiana to Mary (Stevens) and Herbert Payton. After the joy of having four daughters, Herbert was convinced Mary’s fifth pregnancy would bring a son. He called the baby Steve throughout the pregnancy and so when their fifth daughter arrived, she was to be called Steve by her family and close friends throughout her life. Whether you know her as Jewel, Steve, Mom, Grandma, or Great Grandma this wonderful Lady passed from this life to the next at the age of 95 on December 22, 2021. She was preceded in death by her parents; her sisters Mae Humphrey, Bernice Allison, and Mildred Stevens; her brother Hubert Payton; son Ronald (at infancy) and daughter Crystal Patterson; and granddaughters Jessica Roberts and Patricia Richardson. Jewel is survived by her sister Leona Mecagni, brother Curtis Payton, her children Stephen (Dorothy) Runyon, Shelia (David Lee) Strain, Barney (Kathy) Runyon, Brenda Runyon, Vanessa Roberts, Paula Moss, and Stephen (Chelsea) Moss, many grand and great-grandchildren, nieces, nephews, extended family and friends. She grew up exploring Monroe and Owen County country sides and Beanblossom Creek with her siblings where they played, hunted, fished, tended the farm, and learned that putting your mind to something and working for it was an honorable way of life. Jewel’s tenacity for working for what she wanted continued throughout her life. Even into her 90s, she was still canning the vegetables she had planted and tended in her garden, baking muffins and bread for some of her favorite people, giving her baby brother haircuts, and helping however she could whenever she heard of someone in need. She enjoyed meeting “the girls” on Wednesdays for an afternoon of games and conversation where these friends adopted her as their “Momma Jewel.” She looked forward to weekly visits and calls from family and friends and cherished news and updates about family near and far. She played with her youngest granddaughter until she was exhausted and she joyfully obliged when her granddaughter and great granddaughters requested “her” fried chicken and fried potatoes for Sunday dinner. She loved being outside, getting her hands dirty and appreciating the wonders of nature. Ice cream was a favorite so it didn’t take much to coax her to stop for a cone on the way back from a trip to town. She never met a stranger, and when she wasn’t able to continue attending, her Sunday school friends missed her teasing and generous spirit. There will be a visitation 3-7pm Friday, January 7, 2022 at Allen Funeral Home and Crematory. In the meantime, we invite you to honor her by enjoying some ice cream, spending time outside, or smiling at a stranger. Allen Funeral Home and Crematory, 4155 S. Old State Rd. 37 in Bloomington have been entrusted with arrangements. Online condolences, photos and memories may be shared with the family at www.allencares.com

The family of Jewel Deloris Moss created this Life Tributes page to make it easy to share your memories.

Send flowers to the Moss family.