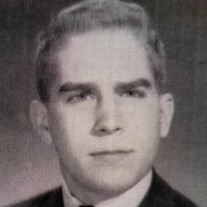 John Mark Bowen, 79, died on Monday, April 4, 2022, at his home in Bloomington. He was born in Bloomington on January 28, 1943, to Virginia White Bowen and Marcus Bowen.  A 1961 graduate of University High School, John attended Indiana University until he was drafted into the army in 1967. He was stationed at Ft Knox, Kentucky, and at Camp Casey, near the DMZ between South Korea and North Korea. Following his military service, John worked for some years as a secretary at the Monroe County Public Defender’s Office, and in later years at Cook Pharmaceuticals. Over several decades from high-school onwards, he worked at Wible & Adams men’s clothing store, at that time a Bloomington landmark at the corner of Kirkwood and Dunn. John was a genial, personable, outgoing man, a natural salesman, and he especially loved working at Wible and Adams. John was a quick, agile athlete, an outstanding high-school wrestler. He wrestled at 103 pounds his freshman and sophomore years, moving up to 112 as a junior and senior. He placed fourth in the Indiana state wrestling finals as a sophomore, and made regionals all four years. John was a multi-talented artist and craftsman. He had remarkable deftness and precision in his hands. From childhood onward, his hands informed much of what gave him pleasure and brought him accomplishment. When he was a boy he had a magician’s kit and would entertain at school and at neighborhood parties with magic, card tricks, and slight-of hand. He was a first-rate shade-tree mechanic. His first car was an early-‘30’s vintage jalopy that he painstakingly restored and patiently kept running. His handwriting was beautiful. Calligraphy was one of his hobbies. He was a fine visual and graphic artist. He painted portraits and landscapes in watercolor, tempera, and oil, and took odd jobs doing house detailing and sign painting. Friends enjoy recalling that John was the creator of the Big Red Liquor logo: he designed and painted the now-ubiquitous Big Red logo over the door of the original Big Red Liquor outlet on North College Avenue. John loved music. He and his gifted hands were born for the guitar. In the early-‘60’s he was part of the local folk-music scene. He went on to become an accomplished guitarist. He owned classical, acoustic steel-string, and electric guitars, and played guitar all his life – folk, rock, flamenco, bluegrass, blues. Many friends and acquaintances from his college years and beyond knew him mainly as a local musician. John Bowen was a warm-hearted, good-hearted, open-hearted person, whose friendships ran deep, and whose abundant gifts and skills and talents ran deep as well. All who knew and loved him will miss him and will cherish his memory. No Services are scheduled at this time. Cremation Rites have been accorded. Allen Funeral Home and Crematory have been entrusted with arrangements. Online condolences, photos and memories may be shared with family and friends at www.allencares.com

The family of John Mark Bowen created this Life Tributes page to make it easy to share your memories.

Send flowers to the Bowen family.