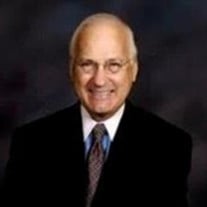 John Drewes, 82, of Bloomington, IN, peacefully passed into his heavenly eternal home on Friday, October 30, 2021. He was at Cedarhurst with his wife of 57 years, Beth, by his bedside. He was born on January 12, 1939 in Jersey City, New Jersey. He was the son of Charles and Jean (Antonik) Drewes. He served in the US Army from 1957 to 1959 and then started his collegiate days at Oklahoma City University for two years. He then successfully transferred to Indiana University, Bloomington to complete undergraduate and graduate degrees in Music Education with a minor in Musicology. He was preceded in death by his son, Thomas John (TJ) Drewes and his only sibling, Charles Drewes, Jr, has only sibling. John is survived by his children, Jim (James) of Tampa, FL and Julie of Bloomington, IN, plus his loyal, much-loved red-haired service dog, Gracie. Survivors also include Marie (Drewes) DiCicca in FL and Teresa (Drewes) Forster, Charles Louis and John Michael Drewes, in N.J. John was passionate about his faith, his family, his business, and music. Music was part of his mind and heart even when he lost total hearing in his later years. John, the young boy from the streets of Bayonne, was saved by personnel, friendships, and music via The St. Vincent’s Cadets marching drum corps. He came to believe a love of music, a God-given enrichment, could be a constant for all. He spent many years teaching music to hundreds of youth. When he transitioned out of a professional music career to begin a career in business, he never stopped encouraging young and old alike to try live performances of different genres of music, especially musical theatre and opera. And there was no better place to try than Bloomington, Indiana! From his very successful business career of 40 years in FL and IN, from his seminars around the country, from his clients to seasoned businessmen, to those fresh out of college trying to find a job in financial planning, he was an educator and motivator. John gave every man or woman a chance to learn, who in turn would help others. He wanted to encourage and support those who were trying to improve their own life. He believed anyone could achieve their dreams. He inspired and taught many how to develop and run their own businesses. John was forever the optimist now living beyond his physical body. John’s love for his family was deep and unconditional. He was determined to care, protect, and provide. He liked to travel and have his 3 children along so their worlds could be expanded. But his words of “I know a shortcut” were not always met with glee! He, in fact, was a dad to many more than just his own children, always listening when someone asked for help, encouragement or safety. Time and time again, people tell of receiving his wise advice. He found humanity needy in all of us, first and foremost in himself. God’s Word was his rudder. John’s quiet outward demeanor, especially the last decade of his life full of trials and challenges, was fueled by Christ’s spirit. It enabled him to sustain and grow in inner peace, assurance, love, praise, and ever-present thanksgiving in his heart and on his lips. He was constantly reciting the Lord’s Prayer and Psalm 23. The family would like to thank the staff at Cedarhurst and Southern Care Hospice for their compassionate care and to many others who showed John unexpected acts of kindness. Memorial contributions can be sent to the YMCA, Scholarships of all, at 2125 South Highland Ave. Bloomington, 47401 or Christ Community Church, Children’s Ministries, at 503 South High Street, Bloomington, IN 47401. Pastors from Christ Community Church, Bob Whitaker and John Mangrum will officiate a memorial service on Friday, December 3, 2021 at 1:00 p.m. at Allen Funeral Home and Crematory, 4155 S. Old State Road 37, Bloomington. Family will receive friends from 12Noon to 1:00 p.m. at the funeral home. Online condolences, photos and memories may be shared with family and friends at www.allencares.com

John Drewes, 82, of Bloomington, IN, peacefully passed into his heavenly eternal home on Friday, October 30, 2021. He was at Cedarhurst with his wife of 57 years, Beth, by his bedside. He was born on January 12, 1939 in Jersey City, New Jersey.... View Obituary & Service Information

The family of John George Drewes created this Life Tributes page to make it easy to share your memories.

John Drewes, 82, of Bloomington, IN, peacefully passed into his...

Send flowers to the Drewes family.