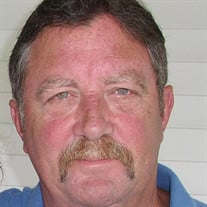 John Francis Harmon, 66, of Bloomington, passed away on Thursday, January 20, 2022 at IU Health Bloomington Hospital. He was born on June 27, 1955 in Bloomington; the son of Homer and Una Faye (Hawkins) Harmon. John graduated from Edgewood High School, the class of 1973 before briefly attending Indiana University. On September 12, 1981, he married the love of his life, Peggy. Their two daughters, Macy and Maggie, were the greatest source of pride and happiness for John. John was an entrepreneur in his early career, opening the first one hour photo business in Bloomington followed by a commercial photography business in Indianapolis. After returning to Bloomington in 1994, John worked contractor sales at Rogers. A longtime member of the IATSE Local 618 union, he worked for many years at the IU Auditorium. For the past 26 years, John has been the Sound and Light Technician for IU Athletics. Nothing defined John more than his sense of humor and ability to tell a story. A jack of all trades, John particularly enjoyed woodworking, golfing, and playing the guitar. Anyone that has driven down Smith Pike has seen John on a mower, carefully mowing the croquet court, tee box, and bocce ball court. Above all else, his most cherished time was spent with his grandsons. John is survived by his loving wife, Peggy Harmon; daughters, Macy Harmon (Ross Hughes) and Maggie (Zack) Parrish; grandchildren, Mack Francis Parrish and Hudson Scott Parrish; and an abundance of beloved family members and friends. He was preceded in death by his parents and brother, James Harmon. A funeral service will be held at 11:00 a.m. on Saturday, January 29, 2022 at Allen Funeral Home and Crematory, 4155 S. Old State Road 37, Bloomington. Visitation will follow the service from 12:00 p.m. until 4:00 p.m. at the funeral home. In lieu of flowers, honor John’s legacy by building a new memory with loved ones infused with joy and laughter. Online condolences, photos and memories may be shared with family and friends at www.allencares.com

John Francis Harmon, 66, of Bloomington, passed away on Thursday, January 20, 2022 at IU Health Bloomington Hospital. He was born on June 27, 1955 in Bloomington; the son of Homer and Una Faye (Hawkins) Harmon. John graduated from Edgewood... View Obituary & Service Information

The family of John Francis Harmon created this Life Tributes page to make it easy to share your memories.

John Francis Harmon, 66, of Bloomington, passed away on Thursday,...

Send flowers to the Harmon family.