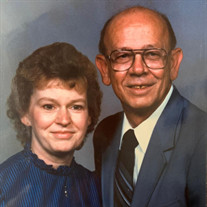 Kenneth E. Eads died peacefully on July 28, 2021 in Bloomington, Indiana at the age of 85. Ken is survived by his wife of 64 years, Phyllis Eads of Bloomington; his children, Michael Eads of The Bronx, New York, Deborah Eads of Bloomington and Scott Eads of Bloomington; his grandchildren, Jeff Hancock (Carolyn), Kimberly Eads Ransom (Lou), David Eads, Dylan Zimmer, Jacob Eads, Erika Eads, Crystal Goodman (Brandon), Justin Rice, Rachel Blinks (Kevin) and many great-grandchildren. He is preceded in death by one son, Ronald Eads of Bloomington, one grandson, Alexander N. Zimmer of Brooklyn, New York, one brother, Donald Eads of Frankfort, IN, two sisters, Jeannette Sharp and Evelyn Huffer of Michigantown, IN and his parents. Ken was born on January 17, 1936 in Michigantown, IN to Roscoe H. Eads and Dorotha P. Johnson. He graduated from Michigantown Highschool in 1955 where he was an outstanding athlete in softball, track and basketball. He furthered his education at Purdue University and the Indiana Business School. Ken married Phyllis A. Norris on August 3, 1956. Shortly after, he started his career with Sherwin Williams in the Accounting department and eventually moved through many towns and promotions with his growing family. After moving to Bloomington in 1970, he began a 22-year career with the Indiana Gas Company, where he held many positions and ultimately retired in 1998 as the Warehouse Manager. In his active years, he was an avid golfer and an Indiana basketball fan for life. Kenny was also a dedicated member of the First United Church and often volunteered in various roles from board member to mowing the yard. He is remembered as a generous family man who centered his world around his kids and grandkids. Ken was a generous man who took great pride in maintaining and taking care of the home they lived in for 50 years. There, they raised kids and grandkids, built traditions and ate many holiday meals together. In fact, his biggest battles in life were with his wife in that kitchen (the more onions and salt, the better). Kenny Eads was a beloved husband, father, grandfather, uncle and friend to many. Public visitation is scheduled for Wednesday, August 4, 2021 from 2:00pm-4:00pm at First United Church. Family services will immediately follow with ashes being interred. In lieu of flowers, please send donations to the First United Church at  2420 E 3rd St, Bloomington, IN 47401.

Kenneth E. Eads died peacefully on July 28, 2021 in Bloomington, Indiana at the age of 85. Ken is survived by his wife of 64 years, Phyllis Eads of Bloomington; his children, Michael Eads of The Bronx, New York, Deborah Eads of Bloomington and... View Obituary & Service Information

The family of Kenneth E. Eads created this Life Tributes page to make it easy to share your memories.

Send flowers to the Eads family.