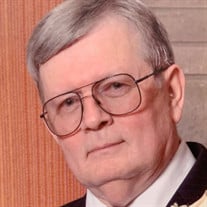 Kenneth Lee Hollingsworth, 83, of Bloomington, IN died Wednesday, June 9th, 2021 at IU Health Bloomington Hospital. He was born on January 29th, 1938 in Brockton, Mass., the son of the late Homer August and Mary Bell (Richardson) Hollingsworth. He graduated from Bloomington High School (1956) and Indiana University, Bloomington (1969), where he received a Bachelor of Science Degree in Social Services and an Associate Degree (Certificate) in Police Administration. He attended the Arlington United Methodist Church. He joined The U.S. Naval Reserve in 1955 while still in high school and upon graduation, went on active duty where he served aboard the United States Destroyer, USS Sigourney, DD643. He received his Honorable Discharge from the military services of the United States in 1963. In 1960 he was appointed as a Patrolman with the Bloomington Police Department and served until 1964 when he was appointed to the Indiana State Police Department and assigned to the Bloomington (District #33) Post. In 1975 he was called to Indianapolis to work in the Department’s General Headquarters, first as the coordinator of the state’s Crime Prevention activities, then in charge of the Executive Security (Governor’s) Detail, and then was reassigned to supervise the Department’s Public Information efforts. He later was reassigned to the Investigations Division and retired from the ISP in 1991 as Lieutenant in that Division. While employed with the ISP he attended numerous schools and seminars including the National Crime Prevention Institute, University of Louisville, and the 109th Session of the FBI National Academy in Quantico, Virginia. He was elected and served as the President of the Indiana Chapter of the FBI National Academy Associates in 1982. While employed with the ISP he received numerous awards and commendations including twice being the recipient of the Sagamore of the Wabash Award presented to him by Governor Roger D. Branigin in 1969 and again by Governor Otis R. Bowen in 1979. He also was designated a ‘Kentucky Colonel’ in 1984 by Kentucky Governor Martha Kayne Collins. While serving with the ISP he was appointed to serve on the Indiana Emergency Medical Services Commission representing Indiana law enforcement agencies. In 1991, upon his retirement from the ISP, he was immediately employed by the Indiana State Emergency Management Agency (SEMA – now the Indiana Department of Homeland Security) to serve as a Field Operations Coordinator, a position he held until 2005 when he retired from state government service. Ken is survived by his loving wife of 58 years, Norma Jean (Sheppard) Hollingsworth, daughter Kathryn Mary Etienne and her husband, Dr. Jean-Paul Etienne of Bloomington, and son (Kenneth) Mark Hollingsworth (JD) and his wife Rie Noda Hollingsworth and grandsons Michael Kenji Hollingsworth and Matthew Hiro Hollingsworth of Columbus, IN. He is also survived by two sisters, Linda Ann Reagan (husband Kyle) of rural Ellettsville, IN and Kathryn Sue Hollingsworth of Grand Rapids, MI. He is also survived by his loyal companion, his Yorkshire terrier, Parker. He was preceded in death by his parents. Services will be held at 1:00pm Monday June 14, 2021 at the Allen Funeral Home 4155 S. Old St RD 37 Bloomington. Pastors Rose and Jon Sparks officiating. Burial will follow in Valhalla Memory Gardens. Visitation will be held from 11:00am to service time Monday June 14, 2021 at the funeral Home. The family requests that, in lieu of flowers, memorial funds be sent in Ken’s memory to the Arlington United Methodist Church of Bloomington, IN. Allen Funeral Home and Crematory have been entrusted with arrangements. Online condolences, photos and memories may be shared with family and friends at www.allencares.com

The family of Kenneth Lee Hollingsworth created this Life Tributes page to make it easy to share your memories.

Send flowers to the Hollingsworth family.