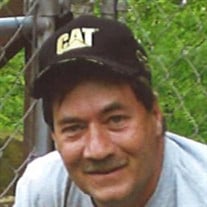 Kevin Rex Huntley, age 56, passed away in his sleep at home on January 8, 2022. Kevin was born to Rex and Karlene (Schiebner) Huntley on May 19, 1965, in Bloomington, Indiana. Kevin was known by many in the racing community and for the excavating business he and his wife built. Kevin attended Bloomington High School North and graduated from Bloomington High School South in 1983 and started racing in 1984. In 1991, Kevin and Lisa founded Kevin Huntley Excavating, where they grew from a single backhoe operation to one of the most successful excavation companies in Monroe County. In 2013, he achieved becoming a licensed private pilot and enjoyed flying for himself and taking others on trips. Kevin was a successful sprint car driver in multiple series, winning two championships and ranked 9th in all time wins with the All Star Circuit of Champions. In 2004, he won the prestigious Mopar Thunder at Eldora Speedway. He always appreciated his fans but downplayed the magazine articles and posts that told his story. He raced because he loved the sport. From helping people with small jobs to many large-scale projects, Kevin established himself as a key figure in Monroe County’s excavating industry and his recycling business, Green Earth. Of all Kevin’s accomplishments, what many will remember him by is his genuine nature and willingness to help people. No matter how successful he became he was always just Kevin. If someone was in a pinch or needed help with equipment Kevin was there. In recent years, Kevin and Lisa found a great deal of happiness at their place in Venice, Florida. Fishing at the pier, playing pickleball, riding bikes and relaxing with Lisa and friends became very important to him. Kevin was looking forward to spending winters in Venice. He is preceded in death by his grandparents , father-in-law Emory King, mother-in-law Brenda King, and brother-in-law Brad King. He is survived by his wife Lisa Huntley, daughter Elizabeth Danielle Scott, parents Rex and Karlene Huntley, sister Jacque (Todd) Veney, brother-in-law Caleb (Kelli) King, sister-in-law Vicki (Brad) King, as well as many nieces and nephews. Over the years, Kevin gained interest in helping with animal rescues. On several occasions, Kevin made efforts to protect wildlife discovered on jobsites and was known for fostering animals at his house. He supported this through philanthropic efforts for the Monroe County Humane Association. In lieu of flowers, donations may be made to the Monroe County Humane Association, P.o. Box 1334 Bloomington, IN 47402, www.monroehumane.org. Visitation will be held on Saturday, January 15, 2022, from 11:00 am – 5:00 pm at South Union Christian Church. Funeral service will be at 5:00 pm officiated by Pastor Jimmy Cain followed by continued fellowship and memory sharing. Allen Funeral Home and Crematory, 4155 S. Old State Rd. 37 have been entrusted with arrangements. Online condolences, condolences, photos and memories may be shared with the family at www.allencares.com

Kevin Rex Huntley, age 56, passed away in his sleep at home on January 8, 2022. Kevin was born to Rex and Karlene (Schiebner) Huntley on May 19, 1965, in Bloomington, Indiana. Kevin was known by many in the racing community and for the excavating... View Obituary & Service Information

The family of Kevin Rex Huntley created this Life Tributes page to make it easy to share your memories.

Kevin Rex Huntley, age 56, passed away in his sleep at home on...

Send flowers to the Huntley family.