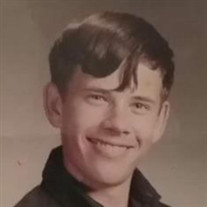 Lanna D. Pedro, age 69 of Bloomington, Indiana passed away at his residence on Thursday May 27, 2021. Beloved son of Margaret (Siedl) Sims and Lloyd Pedro, Lanna was one of 11 children and took great pleasure that he was the youngest son of the family and was able to get away with more than his siblings. In his young adult years his nick name was Animal. Though we were never allowed to know all the details of the nickname, later in life we figured out which animal-a big, cuddly, lovable bear. Lanna met the love of his life, Becky in 1971, and they had many years filled with love and laughter. They welcomed their first daughter, Traci in 1972 and their second, Stacey in 1974. Their girls became their world and they greatly enjoyed raising them together. Lanna loved waking them up by yelling ‘Rise and Shine!,’ which drove them crazy but would give anything to hear it one more time. They loved to travel together as a family, ride four wheelers, go camping, watch movies, football games and just spend time together. Lanna became a grandfather in 1992, a role he cherished. He fell absolutely in love and welcomed each grandchild into his giant, loving heart. Family meant everything to him and he greatly enjoyed getting to spend time with them, teaching them silly songs, watching them play sports, in plays, teaching them a style of music called hambone and just being silly. Later in 2014, the first great grandchild was welcomed to the family and Lanna once again reveled in teaching songs, music and being silly. Lanna worked at Otis Elevator as a group leader for 25 years. During his career at Otis he made countless, lifelong friends and to his daughters’ delight he worked on a Disney World ride, the Tower of Terror that neither daughter will ride. He was an excellent bowler, obtaining a perfect score, played on several local leagues and to his delight even made the local sports page for bowling a 742 in his first 700 series. At the time it was the highest score in the men’s league. He had a love of Ford Mustangs that he passed down to his daughters. He also loved to read sports stats that he later would quiz family, friends and even the lucky waitresses at Waffle House. Lanna was an avid Green Bay Packers fan and required all family members to follow suit. He found great joy in teaching the grandchildren and great grandchildren to chant ‘Go Pack Go’ as their first sentence. One of the first family vacations was to Green Bay, WI to meet the players. He and Becky delighted in watching their daughters run around getting autographs. Lanna’s visits to Green Bay over the years were highlighted by meeting one of his heroes, Fuzzy Thurston and experiencing the return of Brett Favre alongside his wife, Becky, daughter Stacey and son in law, Myk Goffinet. New Life Church in Harrodsburg, Indiana became an important part of Lanna’s life, he greatly enjoyed attending church. He and his wife, Becky made many, meaningful friendships at New Life and are grateful for their loving, continued support. Survivors are Lanna’s love of his life, Becky Pedro, daughter’s Traci (Mike) Pedro, Stacey (Myk) Goffinet, sisters Brenda Golden, Carlene Stines, Penny Pate, brother Rev Neal (Marti) Pedro, grandchildren Kortnie Sturgis, Arionna Goffinet, Asher Goffinet, Teleah Roll, Taryn Roll, Takoma Pedro-Lentz, great grandchildren Serena Roll, Hudson Little, Henry Roll, Layne Sturgis and Henry Sturgis, special friends Chris and Jane Kupersmith and family of Bobby Hall, all of Bloomington, Indiana. He was preceded in death by his parents, his sisters Mary Ramierz, Nancy McMillian and Annie Pedro, brothers Charles Pedro, Lloyd Pedro, James Pedro and best friend Bobby Hall. Services will be Saturday, June 5, 2021 at New Life Church in Harrodsburg, In. Visitation will be from 11AM until time of service at 1PM with meal being served afterwards at the church. Please give a shout of ‘Go Pack Go’ to honor Lanna D. Pedro, the best Dad, husband, Uncle, Brother, Papaw and friend who is greatly missed.

Lanna D. Pedro, age 69 of Bloomington, Indiana passed away at his residence on Thursday May 27, 2021. Beloved son of Margaret (Siedl) Sims and Lloyd Pedro, Lanna was one of 11 children and took great pleasure that he was the youngest son of... View Obituary & Service Information

The family of Lanna D. Pedro created this Life Tributes page to make it easy to share your memories.

Lanna D. Pedro, age 69 of Bloomington, Indiana passed away at...

Send flowers to the Pedro family.