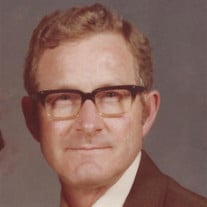 Lloyd L. Swango, 89, of Bloomington, IN went home to be with the Lord Monday, November 8, 2021, after dying peacefully at his home. Lloyd is survived by his wife of 70 years, Joyce (Moore) Swango of Bloomington, IN; four of his five children, Sara Swango of Bedford, IN, Beth Swango of Ellettsville, IN, Linnie (Luke) Howard of West Fork, AR and Brent Swango of Bloomington, IN. He was also survived by 6 of his 8 grandchildren and 10 great-grandchildren, in whom he took especially great joy and adored. Lloyd was predeceased by his son Howard Swango; two grandsons, Patrick Swango and Toby Finley, his parents Richard “Dickie” and Lillian (Jones) Swango; siblings James Swango, Warren Swango, Wanda (Swango) Daniels, Donnie Swango, and Linda (Swango, Patton) Summitt. Lloyd’s sweet, loving spirit reflected his love of the Lord. He was called to the ministry in his early 20’s and served as pastor to many United Methodist parishioners. Over the last sixty years, he served the congregations of Koleen, Mineral, Walker’s Chapel, Greene County Chapel, Hobbieville and Solsberry. His life of service included years of participation in Indiana Kairos Prison Ministry, Hoosier Hills Emmaus Community, and Shalom Community Center. In 1977, Lloyd joined with friends, in the pursuit of service, to found the Indian Creek Lions Club, where he also served as the District Governor in 1988-1989. Lloyd was given the “Melvin Jones Fellowship Award” from Lions Club International in recognition of his service. Lloyd retired from Indiana University in the early 90’s, after more than 40 years working for the Indiana Daily Student. In the 1960’s he worked a second job at the Ellettsville Courier Journal, as a typesetter. Previously, he had worked at Victor-Oolitic stone mill as a sawyer. Lloyd’s family would like to convey their heartfelt gratitude to their friends and family for the overwhelming expressions of sympathy and support. Friends may call at Allen Funeral Home, 4155 S. Old St. Rd. 37 in Bloomington, from 11 a.m. to 2 p.m. on Saturday 11/13. Funeral services will commence at 2 p.m. followed by a meal and fellowship at the Indian Creek Lions Club community building. Memorial donations may be made to Special Olympics Indiana, or to the Indian Creek Lion’s Club. https://support.specialolympics.org/a/indiana https://www.lionsclubs.org/en/donate Online condolences, photos and memories may be shared with family and friends at www.allencares.com

Lloyd L. Swango, 89, of Bloomington, IN went home to be with the Lord Monday, November 8, 2021, after dying peacefully at his home. Lloyd is survived by his wife of 70 years, Joyce (Moore) Swango of Bloomington, IN; four of his five children,... View Obituary & Service Information

The family of Lloyd L. Swango created this Life Tributes page to make it easy to share your memories.

Send flowers to the Swango family.