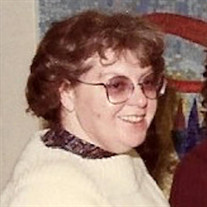 Lois Heiser, 84, of Bloomington, Indiana passed away April 27, 2021 at Bell Trace Senior Living Community. She was born March 12, 1937 in Brooklyn, NY to Sadie (Kretchmer) and Hyman S. Heiser, and was the youngest of three siblings. Lois attended Indiana University as an undergraduate majoring in German language and literature and remained at IUB to complete her M.A. in library science in 1969. She began her career in the Libraries before finishing her degree, working first as a cataloger, and then becoming Assistant Acquisitions librarian. She retired in 2001 after twenty years as the esteemed head of the Geology Library. Her career was notable for a vast variety of service to the Libraries and to the IU campus. A major accomplishment was being one of the prime movers in securing faculty status for librarians. A significant aspect of this achievement was Lois’ participation in the founding of the IU Librarians Association and serving as its first president from 1969 to 1970. For over a decade she was directly involved in InULA’s National Library Week activities which culminated in the IUB Libraries book sale that has provided funds for an annual scholarship for a graduate student in library and information science. Once faculty status was achieved, she accepted important assignments as a member of the Bloomington Faculty Council, from 1977 to 1985, and as a member of the Bloomington Library Faculty Council serving on numerous committees and as its secretary, from 1979 to 1980 and from 1982 to 1983. During her time as the geology librarian, she was active in the Geoscience Information Society. She served on various committees and chaired the GIS’ Geoscience Publications Prices and Collection Development Issues Committee. As listserves became a prominent means of communication, Lois was instrumental in fostering the development of GEONETBL, serving as editor and moderator from 1992 to 1996. Her colleagues chose her to be president of GIS in 2000. She also contributed to various publications. For example, she compiled the people and photograph index to Clay Stuckey’s Origins of the Indiana Limestone Company and the 1966-94 index to the Proceedings of the Geoscience Information Society. Especially noteworthy was serving as editor of Volume 30 of the Geoscience Information Proceedings, 2000, titled Communication Divides: Perspectives on Supporting Information Bridges in the Geosciences. Like most librarians, Lois was an avid and eclectic booklover. Moreover, Lois had exceptional taste in art, décor, food and gardening, and collected in several areas, such as Native American arts, contemporary art, and handmade glass. She was a generous patron of local artists, including IU faculty and students, supporting their work over many years. As a dedicated IU basketball fan, she and Julie Nilson traveled to games at home and throughout the U.S. She was also devoted to her long-standing group of dear friends in Bloomington who benefitted from her annual gifts in support of Heifer International. For many years Lois has been a proud supporter of the Monroe County History Center, most recently donating art and other items to its 40th annual sale scheduled for June 2021. In the 1970s, she served as the Monroe County Public Library Advisor on Acquisitions and was on The Women’s Center in Bloomington Board of Directors and its treasurer from 1979 to 1980. Other organizations that benefitted from her support were the Metropolitan Museum of Art, Monroe County Public Library Friends of the Library, Community Kitchen of Monroe County, Hoosier Hills Food Bank, Nature Conservancy, Planned Parenthood, WTIU, ACLU and United Way. In addition, she was a generous supporter of the Foundation of Monroe County Community Schools and Wonderlab (a small science museum designed for youth in Bloomington). Lois was preceded in death by her parents, her sister Gloria and husband Robert Berfond, and her life partner Julie Nilson. She is survived by her brother Arnold Heiser of Connecticut, a niece and several nephews. A small gathering of friends may be scheduled later in the year to celebrate Lois’ life. The family requests that individuals make a donation to the Monroe County History Center or to the charity of their choice in Lois’ name. Allen Funeral Home and Crematory have been entrusted with arrangements. Online condolences, photos and memories may be shared with family and friends at www.allencares.com

The family of Lois Heiser created this Life Tributes page to make it easy to share your memories.

Send flowers to the Heiser family.