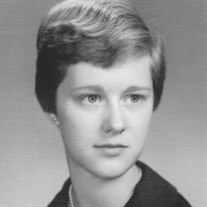 Marie-Louise A Smith, known to all who knew her as Weezie, died in her sleep on Sunday July 25th 2021, She was 82. The daughter of Leonard E and Martha L (Lindemuth) Arnaud, Weezie was born in New York City on November 27, 1938, and was educated in public schools in Massachusetts, New York, and Vermillion South Dakota. She graduated from Carleton College in 1960. On June 3 1961 in Northfield MN Weezie married David H. Smith, whom she had met at Carleton. Weezie’s musical career began as a folk singer at Carleton; she made a set of LP records for Educational Radio (an ancestor of NPR) in 1959, taught High school for three years in Branford CT, and worked on the staff of the Princeton Cooperative Schools Program in 1964-66. This phase of her work outside the home came to an end with the birth of her children Alexandra (Todd May), Zachary (Deborah Kern), and Jacob (Freda Love). Weezie’s musical focus shifted from the guitar to the recorder in 1968. She studied first with Susie Howell, attended masterclasses, seminars and workshops all over the country, joined a local ensemble that was part of Community Chamber Music Association. She loved playing with her old friend Mary Tilton, soloed in churches and eventually took and passed the American Recorder Society’s rigorous Level IV competency exam. She then studied intensely with Eva LeGêne after Eva joined the Jacobs School of Music faculty. Weezie was a gifted and highly musical player, with high standards for herself and others. But the skill that set her apart from her peers was her facility at teaching. Her father and brother were gifted language teachers; Weezie absorbed and amplified their skill sets. The core of her work was love: for the music and the pupil. In the early seventies she set up a teaching studio in her home; she quickly attracted students: from elementary school children to retirees. Word traveled fast and within three years she was teaching about 20 individual students and several ensembles. She had fall, winter and summer recitals and receptions in her home; one faculty member and mother of a pupil wrote: “you are the best teacher of any subject at any level that I have ever seen.” In the early eighties, Thomas Binkley, Director of the then Early Music Institute, asked Weezie to form a “precollege program” in early music. The addition of graduate students to the staff made it possible to run a more intensive and larger program, and Weezie devoted considerable time to coaching and supporting the graduate students in their early – and very important teaching ventures. (One side effect of all these developments was that her husband learned to cook.) After ten years Weezie took the program national, creating a summer Recorder Academy for players 12-18. These were advanced students recommended by their teachers from around the country with significant international seasoning. A stellar faculty including among others Eva and Clara LeGêne, Mathias Maute, Cléa Galhano and Weezie herself pushed the students in solo and ensemble playing Planned activities –from an operatic performance in the MAC to a ping-pong tournament provided a weekend refresher. Weezie sustained these programs until her retirement in July 2003, the year her Parkinson’s disease was diagnosed. The American Recorder Society recognized the significance of the Pre-college Program and Recorder Academy by presenting Weezie the Society’s Presidential Special Honor Award in 2009. A first project of Weezie’s retirement was the creation, with colleagues, of the Recorder Orchestra of the Midwest. Cléa Galhano has directed the orchestra for its 12-year existence and has turned it into a first-rate ensemble that gives annual spring recitals in Bloomington, Indianapolis, West Lafayette or elsewhere. Players are experienced adults who gather to rehearse in Bloomington three or four times per academic year. Weezie’s second personal project in retirement was bringing the International Dance for Parkinson’s Disease program to Bloomington. The program is the creation of David Leventhal, a dancer with the Mark Morris Dance Company. He founded the first program -- in Brooklyn New York. The core concept is dance as therapy; the dance component is taken very seriously. The CPB News Hour did a short segment on Dance for Parkinson’s that Weezie saw. She loved the idea, for herself and others, so she called David Leventhal who could not have been more helpful. After much local searching, many meetings and much help, particularly from Roberta Wong, Kay Olges and Liz Shea, the Bloomington Chapter began to function with weekly classes in 2010. It has spun off support groups for patients and care partners and served as the root of a community that has well served many with Parkinson’s disease. Marie-Louise Smith lived her life to the fullest, with great courage and unfailing loyalty. She loved deeply and was much loved. Hers was a life worthy of emulation and celebration; it was steeped in the music, worship and community of Trinity Church. Perhaps the greatest loves of her life in her last years were her grandchildren Jonah and Henry Smith and Catherine, Benjamin and Grace May. The family wants particularly to thank Weezie’s loving caregivers Koshie Esther Lamptey, Vera Lamptey and Evelyn Merriweather and her devoted friends Faye Baugh and Joyce Leonhardt. Finally, the incomparable IU Health Hospice outdid itself on her behalf. The family wants particularly to thank Weezie’s loving caregivers Koshie Esther Lamptey, Vera Lamptey and Evelyn Merriweather and her devoted friends Faye Baugh and Joyce Leonhardt. Finally the incomparable IU Health Hospice outdid itself on her behalf. A memorial service will be held at 1:00 p.m. on Tuesday, August 3, 2021 at Trinity Episcopal Church in Bloomington. In lieu of flowers please consider a donation to the Marie-Louise A Smith Fund for Recorder Performance and Pedagogy at the Indiana University Foundation, the Second Century Fund at Trinity Episcopal Church, or Dance for Parkinson's Disease, Bloomington c/o Windfall Dance Studio. Allen Funeral Home and Crematory, 4155 S. Old State Road 37, have been entrusted with arrangements. Online condolences, photos and memories may be shared with family and friends at www.allencares.com

Marie-Louise A Smith, known to all who knew her as Weezie, died in her sleep on Sunday July 25th 2021, She was 82. The daughter of Leonard E and Martha L (Lindemuth) Arnaud, Weezie was born in New York City on November 27, 1938, and was educated... View Obituary & Service Information

The family of Marie-Louise A. Smith created this Life Tributes page to make it easy to share your memories.

Marie-Louise A Smith, known to all who knew her as Weezie, died...