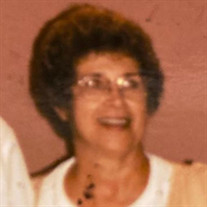 Marilyn J. Lewis Craig, 87, of Bloomington, IN, passed away on November 24, 2020, at Stonecroft Health Campus. She was born on January 4, 1933, in Harrodsburg, IN, the daughter of Ermel and Belva Kathleen (Sexson) Lewis. Marilyn, or Stretch, as she liked to be called, married Joseph E Devich in 1957 and he predeceased her in 1973. In 1976, she married Roy F Craig of Owensburg, IN. She and Roy were married almost 41 years, before his death in 2015. Marilyn grew up in Bedford, IN, in and around her parent’s lumber yard, Lewis Lumber Company. After graduating from Bedford High School in 1951, she attended the Methodist Hospital School of Nursing in Indianapolis and received her RN degree in 1955. After she married Joseph E Devich, who obtained his DDS from St Louis University, they settled in Bloomington, IN. Marilyn used her nurturing and caring qualities at several medical offices and hospitals in the area, as an RN. Joseph and Marilyn had four children, all living. Marilyn also worked at RCA in Bloomington, IN, where she met and married Roy F Craig in 1976. They resided in Bloomington, IN, and were of the Pentecostal faith, attending churches in Monroe and Owen Counties. Marilyn is survived by her children, Joseph L Devich of Minneapolis, MN, Mary Anne Devich of Smyrna, GA, and Katherine M Devich and Theresa L Devich of Bloomington, IN; her two granddaughters, Lauren K Jones (Grant) of Newport, OR, and Elizabeth Terry Devich Oblak (Marko) of Seattle, WA; her great-grandson, Forrest Lewis Jones of Newport OR; one Sister, Cora Anne Thomas of Asheville, NC; and one nephew, Winston F Thomas of Wilson, NC. Marilyn was preceded in death by both parents, and her husbands Joseph E Devich and Roy F Craig. Allen Funeral Home and Crematory, 4155 S Old State Road 37, Bloomington, IN, has been entrusted with arrangements for Marilyn. As she wished, there will be no services and a private burial at Dishman Cemetery in Owensburg, IN. Online condolences may be shared with family and friends at www.allencares.com.

Marilyn J. Lewis Craig, 87, of Bloomington, IN, passed away on November 24, 2020, at Stonecroft Health Campus. She was born on January 4, 1933, in Harrodsburg, IN, the daughter of Ermel and Belva Kathleen (Sexson) Lewis. Marilyn, or Stretch,... View Obituary & Service Information

The family of Marilyn J. Lewis Craig created this Life Tributes page to make it easy to share your memories.