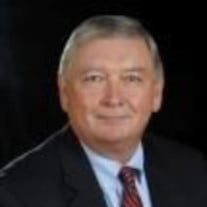 Mark David Brown, 68, of Bloomington died on Saturday, September 11, 2021, at his home from complications of PSP, Parkinson’s Disease and Dementia. Mark was born on August 11, 1953, in Fargo, North Dakota to Darine Frances (Jim) and Janet (Gjervold) Brown. Mark is survived by his wife of 27 years, Polly Muckenfuss Brown, brother Paul (Linda) Brown of Bloomington, sisters Kaye (Buddy) Young of North Carolina, and Jill (Jack) Jones of Bloomington. Upon graduating from Bloomington High School Mark enlisted in the United States Air Force. After serving our country, he worked at a local rental store before receiving a Bachelor’s and Master’s degree from Indiana University School of Public and Environmental Affairs. He served as Deputy Budget Director for the State of Indiana and he retired as Senior Vice President, Finance & Research, from Indiana Association of Realtors. A couple of his many accolades include receiving the Sagamore of the Wabash from Gov. Frank O’Bannon and being awarded a Kentucky Colonel from Gov. Ernie Fletcher. He was an avid golf player and bragged about his hole-in-one, he enjoyed watching collegiate sports, loved his pets, and was passionate about his family, which includes children: Mark (Jerilyn) Levine of California, Melissa (Rick) Lawfer of Illinois, T. Matthew (Michelle) Levine of Seymour, and Erik Brown of Bloomington and nine grandchildren: Amber Levine, Mackenzie Arand, Maddy Arand, Tanner Lawfer, Brenna Brown, Peyton Levine, Andrew Levine, Max Brown, and Mikayla Levine. Mark was preceded in death by his parents. Allen Funeral Home and Crematory will be providing the cremation services. A Celebration of Life is being planned for a date in October. Mark requested that in lieu of flowers, monetary donations be made to Bloomington Pets Alive or Community Kitchen of Monroe County.

Mark David Brown, 68, of Bloomington died on Saturday, September 11, 2021, at his home from complications of PSP, Parkinson&#8217;s Disease and Dementia. Mark was born on August 11, 1953, in Fargo, North Dakota to Darine Frances (Jim) and Janet... View Obituary & Service Information

The family of Mark David Brown created this Life Tributes page to make it easy to share your memories.

Send flowers to the Brown family.