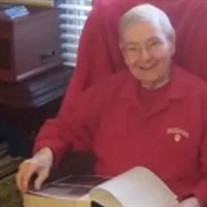 Martin "Marty" Dewey Joachim, Jr. , a librarian and long-time resident of Bloomington, died peacefully after a long illness on Monday, August 30, 2021, at the age of 82. Marty was born as the first child to Martin D. Joachim Sr and Camille Mastroeni on November 29, 1938 in Indianapolis. Marty graduated from Arsenal Technical High School in 1956. After attaining his BA in Classics and MA in Library Science from Indiana University Bloomington, Marty worked his entire career in the cataloguing department of Indiana University libraries. With additional coursework, he became proficient in multiple languages. Taking books and other materials, many of which had never been researched and described, Marty wrote the text that appears in card catalogs. He worked in Greek and Latin, as well as all the modern Romance languages. His work was routinely shared with library users worldwide through the Library of Congress and other libraries. He edited two books (Languages of the World: Cataloguing Issues and Problems, 1993; Historical Aspects of Cataloguing and Classification, 2003). For years after formal retirement, Marty continued working pro bono at the Lilly Library, Indiana University's rare books library. Marty loved books—holding them, cataloguing them, reading and discussing them. He would never mark in one or fold back a page, admonishing friends who did so. As an undergraduate, Marty became a member of Kappa Delta Rho Fraternity. As a graduate student and as an alumnus, Marty served as scholarship advisor to undergraduates in the fraternity for more than ten years. Fifty years later many of the members he advised credit him with keeping them in school and achieving academic success, citing his guidance and support. Marty loved Indiana University. His enthusiasm for Hoosier basketball was unexcelled, he rarely missed a Jacobs School of Music Opera, and he was devoted to the beauty of the Indiana University campus. Marty was a dedicated collector of books, stamps, art, pottery, and movies. He loved travel—in the American West, Europe, the Middle East, Southeast Asia and Latin America. For many years, he contributed gourmet meals through the silent auction of his church and two supper clubs. New York Times crossword puzzles and Scrabble opponents rarely stumped him. Inexplicably, he kept up for years with "Days of Our Lives," the daytime soap opera. Marty is survived by his brothers Joseph R. Joachim of Florida and Robert H. Joachim and James S. Joachim of Indianapolis, by daughters Sarah E. Joachim of Bloomington and Lisa M. Joachim of Indianapolis, and by thirteen nieces and nephews and thirteen grand nieces and nephews, both family and children of dear friends. A Celebration of Life will take place at 11:00 a.m. on Saturday, May 14, 2022, at Allen Funeral Home and Crematory, 4155 South Old State Road 37, Bloomington. Friends may visit from 10 a.m. until the time of service at the funeral home. Contributions in memory of Martin D. Joachim, Jr. may be made to the Indiana University Foundation, directed for the Lilly Library. https://iufoundation.iu.edu. or P.O. Box 500, Bloomington, IN 47402. Online condolences, photos, and memories may be shared with family and friends at www.allencares.com

Martin "Marty" Dewey Joachim, Jr. , a librarian and long-time resident of Bloomington, died peacefully after a long illness on Monday, August 30, 2021, at the age of 82. Marty was born as the first child to Martin D. Joachim Sr and Camille... View Obituary & Service Information

The family of Martin "Marty" Dewey Joachim Jr created this Life Tributes page to make it easy to share your memories.

Send flowers to the Joachim family.