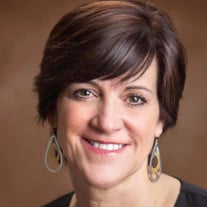 Melanie S. Walker, of Bloomington, passed away unexpectedly on July 31, 2021, at age 62. The daughter of Richard and Ruth Walker, she was born in Ithaca NY, attended Ithaca area schools, and earned a Bachelor of Science in industrial and labor relations from Cornell University in 1985. Until her passing, Melanie was CEO of the North American group of companies of Japan-based Tsuchiya Co. In 1994, at age 34, she was the first woman to be named president of a Japanese owned American manufacturing company. Melanie’s generosity of spirit shone through the countless national, state and local boards and committees she served on, as well as the time, talent and resources she devoted to many organizations and individuals. She was named to the board of Indiana University Trustees in 2016, and was involved in numerous organizations at the university. Among her many other professional and civic roles, Melanie was an active member of the boards for the Indiana Economic Development Corp., the Indiana University Credit Union, the Indiana Chamber of Commerce and Susie's Place Child Advocacy Center. She had a love for children and participated in the Big Brothers Big Sisters program. Melanie has been described as a servant leader, role model and touchstone for her family and friends. As the leader of an international company, she worked to build understanding and collaboration across cultures. As a friend and colleague, she was incredibly down-to-earth, with kind words of encouragement to share with those around her. As a mother, grandmother, sister and aunt, she delighted in the youngsters in her family, especially her late son, Landon and grandson, Cash. She was dearly loved and appreciated by her immediate and extended family. In her private life, Melanie enjoyed making her house a home. From interior decoration and art collecting to cooking and gardening, her love for beauty shone through. Her home was her sanctuary, and she was passionate about making it comfortable for the many she entertained. Melanie is survived by her daughter, Stormy Walker; grandson, Cash Grigsby; mother, Ruth Walker; brother, Nathan Walker; sisters, Dixie Walker (Eric Mueller) and Lisa Walker, and a broad extended family. She was preceded in death by her son, Landon Hart, and father, Richard Walker. A celebration of life ceremony will be held at the Indiana University Auditorium in Bloomington, IN, at 4:30 pm on Monday, August 9, 2021, with a private burial service in Ithaca NY to follow. Memorial contributions may be directed to Susie’s Place, New Hope and Big Brothers Big Sisters of South Central Indiana.

Melanie S. Walker, of Bloomington, passed away unexpectedly on July 31, 2021, at age 62. The daughter of Richard and Ruth Walker, she was born in Ithaca NY, attended Ithaca area schools, and earned a Bachelor of Science in industrial and labor... View Obituary & Service Information

The family of Melanie S. Walker created this Life Tributes page to make it easy to share your memories.

Melanie S. Walker, of Bloomington, passed away unexpectedly on...

Send flowers to the Walker family.