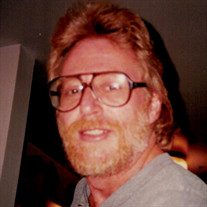 Melvin T. Stewart, 68, of Bloomington passed away on Wednesday, December 1, 2021 at his home with his family by his side. He was born on April 6, 1953 in Picque, Ohio the son of Wendell and Thelma R. (Hillenburg) Stewart. He attended Bloomington High School. Melvin worked for GE in Bloomington as a Coordinator for 38 years before retiring, He married the love of his life Lizabeth Ann Austin on June 29, 2000 in Sevierville, Tennessee they were happily married 21 years. Melvin was an avid outdoorsman he enjoyed hunting, mushroom hunting, bee keeping, hiking and kayaking .He was a member of New Paynetown Pentecostal Church. He loved his family, especially his children and grandchildren. He will be greatly missed by all who loved and knew him. Melvin is survived by his wife Lizabeth (Albright Stewart of Bloomington; )three children, Melvin T. “Tom” Stewart of Brown County; James C. Stewart of Indianapolis; Jaela J. Stewart of Bloomington; four step children David Irons of Sarasota, FL; Matt (Jessica) Albright of Spencer; Rachel (David Knight) Albright of Bloomington; Renee (Jesse) Sowders of Judah; five grandchildren, Justin; Hailey; Ashley; Marissa; TJ; eight step grandchildren, Chris; Austin; Kacey; Ali; Caleb; Logahn; Alexis and Alan; two great grandchildren Jace; Braxton and one on the way; three sisters, Dorita (Ron) Lucas of Columbus; Alberta (Don) Skinner of Seymour; Ruth of Ohio; several nieces and nephews. He was preceded in death by his parents; four brothers James, Harold; Earl and Bobby. Memorial Contribution may be made to the New Paynetown Pentecostal Church. A funeral service will be held at 12:00pm Monday December 6, 2021 at the Allen Funeral Home 4155 S. Old St Rd 37 Bloomington. With Rev. Cheryl Crum Officiating. Burial will follow at the Clear Creek Cemetery. Visitation will be held from 4:00pm to 7:00pm Sunday December 5, 2021 and Monday from 11:00am to service time both at the funeral home. Allen Funeral Home and Crematory have been entrusted with arrangements. Online condolences, photos and memories may be shared with family and friends at www.allencares.com

Melvin T. Stewart, 68, of Bloomington passed away on Wednesday, December 1, 2021 at his home with his family by his side. He was born on April 6, 1953 in Picque, Ohio the son of Wendell and Thelma R. (Hillenburg) Stewart. He attended Bloomington... View Obituary & Service Information

The family of Melvin T. Stewart created this Life Tributes page to make it easy to share your memories.

Melvin T. Stewart, 68, of Bloomington passed away on Wednesday,...

Send flowers to the Stewart family.