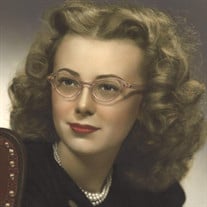 Norma Shackley passed away suddenly May 2, 2022, at Hearthstone Health Campus. She was 96 years old and had a smile and sense of humor till the end. Norma was born May 26, 1925, in Adams County Indiana, to William and Frieda Werling. She was the nineth of twelve children. She dearly loved each of her siblings and her many nieces and nephews. Growing up during The Depression and WWII was a challenge, but full of happy memories for Norma. She would tell stories of the family’s church, St. Paul’s Lutheran, having its yearly mission festival (similar to a one-day fair) in her family’s woods and in the days afterward getting to hunt for dropped change to buy candy -a real Depression Era treat. There were also all the farm chores including huge meals for thrashers as the neighborhood farmers moved from one farm to another being sure all got the harvest in. There was the yearly horseradish grinding line in which the siblings took turns grinding horseradish as long as they could stand the fumes and then handed the job to the next in line and ran to the back of the line. Norma’s family spoke German at home, and she first learned English in school. Being a farm family in the Depression meant they were blessed with not being as hard hit as some, and she had wonderful memories of her mother having a full Sunday dinner complete with white tablecloth every week, not only for their own large family, but in-laws and guests who frequently dropped by for a Sunday visit. Upon graduating high school, Norma got a job in the secretarial pool of GE in Fort Wayne. Her hard work and personality allowed her to move up the ranks to the point of working for the second highest manager in the factory, which for a woman in those days was a very big accomplishment. During this time that she began dating the love of her life, Darrell Shackley. They were married in 1956 and lived in a house they built on a wooded corner of the family farm. Here they raised their daughter, Cara, and had many joyful years together until, Darrell’s death in 1987. Norma didn’t believe in being too old to learn and first got a driver’s license when Cara needed rides to high school extracurriculars. When Cara went to IU Bloomington, she decided to go to college too, and took a number of courses at IU Purdue Fort Wayne, IPFW. After that she became a regular at IU Mini-University for many years, excitedly looking at what the new catalog offered. Wanting to spend more time with Cara, her son-in-law, Dave Huss, and four grandchildren, Norma eventually moved to Bloomington. She enjoyed being an avid supporter of all her grandchildren’s activities, being a member of Faith Lutheran Church, and enjoying the many wonderful things Bloomington has to offer. Norma is survived by her daughter and son-in-law Cara and Dave Huss, four grandchildren, David (Rachel) Huss, Rachel, Anastasia, and Tatiana Huss, and her sister Dee (Bob) Lenhart. Many thanks to the staff at Meadowood Heath Pavilion and Hearthstone Health Campus. She was so happy at both places and really appreciated the staff. You helped her live an active joyful life her until the very end. Memorial Contributions may be made to Faith Lutheran Church in Bloomington. A funeral service will be held at 10:30am on Friday, May 6, 2022 at the Faith Lutheran Church. With Rev. Christopher Beck and Rev Eric Edwards officiating. Visitation will be held from 9:30am to service time Friday at the church. Burial will also be held Friday at 3:30pm at The Decatur Cemetery in Decatur, Indiana. With Rev. Daniel Brege officiating Allen Funeral Home and Crematory have been entrusted with arrangements. Online condolences, photos and memories may be shared with family and friends at www.allencares.com

Norma Shackley passed away suddenly May 2, 2022, at Hearthstone Health Campus. She was 96 years old and had a smile and sense of humor till the end. Norma was born May 26, 1925, in Adams County Indiana, to William and Frieda Werling. She... View Obituary & Service Information

The family of Norma W. Shackley created this Life Tributes page to make it easy to share your memories.

Norma Shackley passed away suddenly May 2, 2022, at Hearthstone...

Send flowers to the Shackley family.