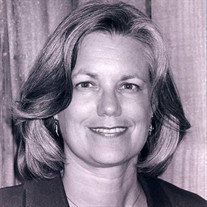 Pamela Kay Werner Freeman, 72 Pamela Kay Werner Freeman died peacefully in her sleep on December 27, 2020. She was born on September 12, 1948, in Jeffersonville, IN and grew up in Charlestown, IN. She was a graduate of Charlestown High School and received both Bachelor’s and Master’s degrees from Purdue University in 1970 and 1971, respectively. She earned her doctorate in Educational Administration and Supervision from the University of Tennessee/Knoxville in 1983. Pam retired from IU in 2011 as Associate Dean of Students and Director of Student Ethics and Anti-Harassment Programs. In her long and productive career she also served as a high school teacher in Ft. Lauderdale, FL and Ellettsville, IN; Administrative Assistant at the University of Tennessee/Knoxville; Assistant to the Dean of Students and Coordinator of the Student Advocates Office at IU, becoming Assistant Dean in 1988 and finally Associate Dean in 2001. Despite her demanding position, she also served as an Adjunct Assistant Professor in the IU School of Education. She was known for being a quick study and an energetic multitasker as well as a patient, thoughtful, caring leader. She was also known for accomplishing prodigious amounts of work and for working many long hours in order to do so. Nevertheless, Pam found more than enough time to be a loving and dedicated wife to her husband of 47 years, Douglas Freeman, as well as mother to their two children - Ross Freeman and Lynn Freeman Keller, whose own accomplishments reflect the life lessons they learned from their mother. Her top priority was her children, and she frequently went with minimal amounts of sleep in order to support their activities and simply to serve as their mom. She attended hundreds of their sporting events, piano recitals, and school activities over the years as they were growing up, and she encouraged in them her love of travel. We suspect that she may be the only Associate Dean at IU ever to wade in the Arctic Ocean with her children! Pam’s professional achievements are also prodigious and include publications, research reports, presentations, workshops, and consultancies at numerous colleges and universities around the country. She was the co-editor of two monographs (with Shane Windmeyer), and a “selected” list of her presentations and workshops is three pages long. The esteem in which she was held by her professional colleagues and friends is attested to by an outpouring of grief from people all over the country in reaction to her passing. Pam was a multi-faceted individual. She faithfully visited the Monroe County YMCA with friends (at 5:30 a.m!) for over 30 years in order to exercise and stay in excellent physical condition. She was legendary in the kitchen and prepared homemade meals for her family almost every day. She could whip up fresh beignets or a cherry pie in no time, and she was the only member of her family who could expertly bake their traditional Aunt Maude’s White Cake each year for Christmas. She was an accomplished seamstress who sewed both her own wedding dress and her daughter’s prom dress. She participated in dozens of triathlons and races, including even a triathlon in Indianapolis less than a month after being diagnosed with ALS in 2018, where she finished second in her age group among women (although full disclosure compels us to reveal that there were only two women in her age group!) Pam was an avid supporter of the arts, and she regularly attended area plays, concerts, and festivals. She also was a pianist and organist who served as a full-time and substitute organist in numerous churches in West Lafayette, Ft. Lauderdale, Knoxville, and Bloomington for over half a century. She played as an accompanist for local nursing homes, for special events at Bloomington Hospital, for many weddings and funerals, for IU Madrigal Dinners, for the Quarryland Men’s Chorus, and for Bloomington’s Grateful Divas. One of her “retirement” activities was to serve as organist for St. Mark’s United Methodist Church in Bloomington until her illness rendered this impossible. Pam also supported her community in many ways. For example, she served on the board of Middle Way House, and in retirement she served on the Monroe County Sheriff’s Merit Board as long as she was able. Pam was incredibly humble and downplayed her many accomplishments and honors. A complete list of her awards would be too long to include here, but perhaps most noteworthy are the following: IU’s Bicentennial Medal, 2019; IU’s Ward G. Biddle Visionary Award, 2011; Woman of Distinction Award presented by the Girl Scouts of Tulip Trace Council, 2007; IU’s Kate Hevner Mueller Outstanding Mentor Award, 2006; IU’s Gayle and Bill Cook Mentoring Award, 2009; IU’s GLBT Spirit Award, 2002; IU’s Mentor of the Year, 2000; IU’s Latino Service Award, 1995; IU’s Commission on Personal Safety Award for “Outstanding Contributions Toward Personal Safety,” 1994; IU’s Commission on Multicultural Understanding Award in Honor of “Outstanding Contributions Toward Multicultural Appreciation and Understanding,” 1993; IU’s Student Alumni Council Student Choice Award for Outstanding Faculty, 1988; Chancellor’s Citation for “Extraordinary Professional Promise,” University of Tennessee, 1980; and “Woman of Achievement” award, University of Tennessee, 1980. Pam would be the first to say that perhaps her most important honor is the fact that so many of her students and interns have gone on to great success at numerous universities throughout the country. Pam is survived by her husband, Douglas Freeman, her children - Ross Freeman (Nicole Freeman) and Lynn Freeman Keller (Shawn Keller), her grandchildren - Addison Freeman, Zoë Freeman, and Maxwell Keller, her sisters - Sharon Herndon (William Herndon) and Ann McAlexander (Michael McAlexander), and many beloved cousins, nieces, and nephews. Her greatest joy in recent years was spending time with her three grandchildren, who always brought a smile to her face. There is no funeral service scheduled at this time. The family intends to have a celebration of life at a safe time in the future. Memorial contributions in Pam’s honor may be made to the ALS Association or to the Quarryland Men’s Chorus. Allen Funeral Home and Crematory have been entrusted with arrangements. Online condolences, photos and memories may be shared with family and friends at www.allencares.com

The family of Pamela Kay Werner Freeman created this Life Tributes page to make it easy to share your memories.