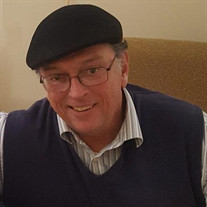 Fare you well, fare you welI I love you more than words can tell  Listen to the river sing sweet songs  To rock my soul - Brokedown Palace, Grateful Dead Paul Lawrence Bryan, 63, Bloomington, Indiana, began his life on August 20, 1957. He left this world too soon on December 25, 2020.  Paul spent his early years in Munster, Indiana, graduating from Munster High School in 1975.  He went on to study Biology, Environmental Studies, and Speech Communication at Indiana University and IUPUI, graduating with a Bachelor of Science.   A man of many experiences and talents, Paul held a range of jobs and occupations throughout his life, starting as a newspaper boy and concluding as executive director of People and Animal Learning Services (PALS) in Bloomington, Indiana. In between he labored in the steel mills, served in the Air Force, worked on a shrimp boat, developed life-long cooking skills in the kitchen of a German restaurant, and found his passion as an environmental activist.  He was an avid outdoorsman and was happiest when hiking in the woods, canoeing, or sailing on Lake Michigan and Lake Monroe. He will be remembered for his devotion to preserving wild areas and helping others experience their beauty, a commitment he inherited from his father, who worked with Save the Dunes to preserve the Indiana Dunes for generations to come.  Paul’s environmental and preservation efforts included being an integral part of establishing  the Charles C. Deam Wilderness Area, lobbying for the Sierra Club, Izaak Walton League, and Citizens Action Coalition, with a focus on hazardous waste issues, at the Indiana Statehouse.  In addition, he represented the Indiana Department of Environmental Management under Governor Evan Bayh and served as development director and lobbyist for the Indiana Forest Alliance.  Above all, Paul deeply loved his children, Anna and Samuel. He is survived by his daughter, Anna Bryan; son, Samuel Bryan; former wife and friend Sally Morris; father, Paul Bryan; sisters, Jeanine (Dennis Briefel), Roseann (Robert Erikson), Maureen (Mike Foos), Joan (Ken Vatz), and many nieces and nephews. He was preceded in death by his mother, Rosemary (Shields) Bryan, and brother-in-law, Dennis Briefel.  When the world is safe again, Paul’s family plans to have a celebration of life gathering.  Anna and Sam encourage those who knew and loved Paul to reflect on good memories while taking a walk in the woods, floating down a river, catching the wind on a sailboat, or listening to the music of Jerry Garcia and the Grateful Dead, who brought him joy and spoke to his soul.   Should you wish, donations may be made in his memory to People and Animal Learning Services (PALS) to be used towards the creation of a new sensory experience trail that will be created later this spring through a partnership Paul helped to establish with the Monore County Autism Foundation. Donations may be made online at https://palstherapy.org/donate/ by selecting the memorial fund option or mailed to P.O. Box 1033, Bloomington, IN 47402. If you prefer, donations may also be made in his memory to to the Lake Monroe Sailing Association, to be used toward Paul’s passionate vision to establish a program for disadvantaged youth to experience the joy of sailing. Donations may be sent to Lake Monroe Sailing Association, P.O. Box 5966, Bloomington, IN 47407. His family and friends would enjoy any condolences, photos or memories you wish to share at www.allencares.com

The family of Paul Lawrence Bryan created this Life Tributes page to make it easy to share your memories.

Fare you well, fare you welI
I love you more than words can...

Send flowers to the Bryan family.