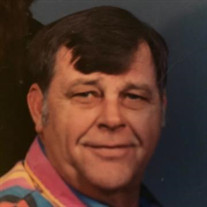 Phillip Earl Teague, 73, of Bloomington passed away on Friday January 22, 2021 at the IU Health Bloomington Hospital. He was born on May 21, 1947 in Monroe County, Indiana the son of George W. and Ruth A. (Criswell) Teague. Phil was a 1965 graduate of Bloomington High School. Phil was a private in the U.S. Army National Guard. He married the love of his life Glenda S. White on July 12, 1974. He worked for several years for the Monroe County Highway Department, and then was a school bus driver for over 18 years for MCCSC, and also worked for Hanna Trucking in Bloomington. Phil was a member of the Stanford Masonic Lodge Post #173, AMVETS, Free Wheelers Motorcycle Club, Stonebelt Shriner Club, Mini Cycle Unit in Bloomington Shriner Club, Piston Pushers Car Club. He was an Auctioneer and owned his own auction service with his family. He owned and operated Racers Alley South race shop and raced at several area tracks including Bloomington Speedway. He was referee and umpire at area schools. He love to watch NASCAR, and IU Basketball. He also loved to play bingo and go to yard sales with his wife. He loved his family especially his daughters and grandchildren. He will be greatly missed by all his family and friends. Phil is survived by his daughters, Patti (Larry) Kinser of Springville; Jana (Travis) Clay of Bloomfield; three grandchildren, Sydnee and Shelbee Kinser; Henlee Clay; a brother, Michael (Geneva) Teague of Bloomington; one niece, Kimberly (Dennis) Scott and one nephew, Michael (Ashley) Teague; and three great nieces; and one great nephew; several cousins. He was preceded in death by his parents and his wife. A private service will be held for the family on Thursday, at the funeral home. Rev. Ray New officiating, Burial will follow at Valhalla Memory Gardens at 12: 15pm open to the public. Visitation will be held from 4:00pm to 8:00pm Wednesday January 27, 2021 at the Allen Funeral Home 4155 S. Old St Rd 37 Bloomington. Memorial contributions may be made in Phil’s name to St Jude’s children Hospital or your Local Shriners Club. Allen Funeral Home and Crematory have been entrusted with arrangements. Online condolences, photos and memories may be shared with family and friends at www.allencares.com

Phillip Earl Teague, 73, of Bloomington passed away on Friday January 22, 2021 at the IU Health Bloomington Hospital. He was born on May 21, 1947 in Monroe County, Indiana the son of George W. and Ruth A. (Criswell) Teague. Phil was a 1965 graduate... View Obituary & Service Information

The family of Phillip Earl "Phil" Teague created this Life Tributes page to make it easy to share your memories.

Phillip Earl Teague, 73, of Bloomington passed away on Friday...

Send flowers to the Teague family.