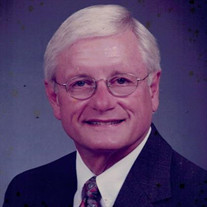 Richard Neal “Dick” Tardy passed away on February 4th, 2022, at the age of 84, in his hometown of Bloomington, Indiana. His battle with serious medical issues in recent years showed his courage in facing life challenges with a smile. Despite his obstacles, Dick remained a hero, and stayed strong until the very end. He was born in Madison, Indiana on December 19th, 1937, to Medney Eugene and Marian Lucille (Horning) Tardy. He graduated from Bloomington High School in 1956 and went on to attend General Motors Institute of Technology (Kettering University) graduating in 1961 with a BS in Industrial Engineering. Dick later obtained a master’s degree in Business Administration from Ball State University in 1988. In 1961, Dick married his best friend since 8th grade, Rosanne Zink Tardy. They had three children, Richard Kevin Tardy, Gregory Scott Tardy and Amy Christine (Tardy) Schmahl. Dick and Rosanne were an inseparable team for over 60 years. Dick spent most of his career working in plant management for the General Motors Corporation in Bedford, IN, Danville, IL, Defiance, OH, and Saginaw, MI. He also worked as general manager for Tyco Industries at their plant in Statesboro, GA and was an adjunct professor for the Georgia Southern University School of Management. Dick ended his career as an independent consultant for the State of Georgia in industry and business development. Dick had a strong belief in involvement in the communities in which he lived. He served as a United Way County Chairman, on the local Boy Scouts of America Executive Council, the local Chamber of Commerce Board of Directors, and was an active member of the Kiwanis Club and Power Squadron. Dick served the youth of Bedford, IN as a dedicated and passionate Cub Master of a local Cub Scout pack. Dick had a passion for music and was blessed with a beautiful voice. He shared his talent by singing in his church choir in all his communities. His love of vocal harmony was expressed as a tenor in a barbershop quartet, and as a baritone in a barbershop chorus. He also enjoyed playing roles in community theater musical productions. Dick’s love of IU athletics was infectious. Some of the fondest memories of his family and friends are watching IU games with Dick, whether in the family room, at five Final Fours, most of Indiana’s bowl games or a “regular game” at Assembly Hall or Memorial Stadium. Perhaps one of Dick’s favorite activities was an Indiana University football tailgate. The world stopped for an IU game. He was predeceased by his parents, his brother, Jerry F. Tardy, and his brother-in-law, Jerry L. Zink. He is survived by his wife Rosanne Zink Tardy, son Richard (Kathryn) Tardy (Noblesville, IN), son Gregory (Sun-Nita) Tardy (Summerfield, NC), daughter Amy (Stephen) Schmahl (Centennial, CO), grandchildren Neal (Betsy) Tardy, Logan Tardy, Grace (Xavier) Willke, Henry Tardy, Emily Schmahl, Sarah Schmahl, and David Schmahl, and brother Medney Eugene (Martha) Tardy, Jr., M.D., and sister Nancy Suzanne Tardy (Howard) Maxwell. A celebration of life service will be held at 2:00pm on Saturday, May 14, 2022 at Henke Hall of Champions, at the IU Memorial Stadium with a reception to follow until 5:00pm Memorial contributions may be made in Dick’s name to BrightFocus Foundation for Macular Degeneration Research. Allen Funeral Home and Crematory have been entrusted with arrangements. Online condolences, photos and memories may be shared with the family and friends at www.allencares.com.

Richard Neal &#8220;Dick&#8221; Tardy passed away on February 4th, 2022, at the age of 84, in his hometown of Bloomington, Indiana. His battle with serious medical issues in recent years showed his courage in facing life challenges with a smile.... View Obituary & Service Information

The family of Richard Neal "Dick" Tardy created this Life Tributes page to make it easy to share your memories.

Send flowers to the Tardy family.