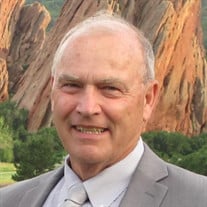 On the evening of March 2, 2022, Robert (Bob) McConnell finished his race in this life.  Bob was the son of Chet and Sophie McConnell; he was born and raised in Rumford, ME.  He was a stand out, three sport athlete at Stephens High School. Bob attended the University of Maine at Orono and was a four year letter winner on the football team, and he served as a team co-captain his senior year.   After his graduation from college, Bob embarked on a 31 year coaching career in college and high school football.  His coaching career began as a graduate assistant in 1974 at the University of Colorado and included stops at the following places: Colby College, Ball State, UMass, Vanderbilt, LSU, Parkview Baptist High School (Baton Rouge, LA), Bloomington High School South, and IU. In his coaching career, he was the epitome of a servant leader; Bob invested everything he had into helping his players be the best players and men they could be.  He was never in the business of coaching for the glamor or attention that can come with those roles; it was always about investing in the kids he coached and the friendships with fellow coaches. Anyone who worked with Bob in coaching would describe him as a “lunch pail” type of guy who just showed up, worked hard, and did his job to the best of his abilities each day.  His closest coaching friends describe him as fiercely loyal and a great friend.  In 2005, Bob worked tirelessly to reinvent himself and transition to a career in financial services so he could put some roots down in Bloomington and step away from the nomadic coaching lifestyle.  He took the same blue-collar approach to serving his clients in the financial services industry for 16 years after coaching.  Showing up early, staying late, and going the extra mile to make sure he did the best job he could for the people that were counting on him.  Bob’s number one pride and joy in this life was his family. Bob was a loving and loyal husband to his wife Barbara of 42 years.  He was an incredible father to his two sons Ryan and Trevor, always modeling high character and integrity in everything he did for his boys. He maintained a very close relationship with his sister Carol, and she was his best friend. Family was everything to him; he got more joy out of family vacations with the whole crew than anything in the world. Although he had a long and successful professional career, the job that he enjoyed the most in his life was being “Papi” to his 4 grandchildren.   Bob put his faith in what Jesus Christ had accomplished on the cross, and he was an active member of Sherwood Oaks Christian Church in Bloomington, IN. Bob loved being active and outdoors; in his spare time you would most likely find him walking, hiking, fishing, or sitting by a campfire.  His home state of Maine held a special place in his heart, and he always liked to make a pilgrimage to the Maine woods each summer in Weld, ME. He enjoyed watching all sports, but the one team that he followed with a passion was the Boston Red Sox.  He could always tell you the AL East standings, the score of every game, and what pitching and pinch hitting moves the manager screwed up in the late innings.  Bob was preceded in death by his grandparents Cecil (Ora Day) McConnell and Anthony (Sophie) Kaladin, parents (Chester C and Sophie J McConnell), father and mother in-law (Dr. Thomas (Alice) Boyd, and sister in-law Nancy Boyd Yencer.  He is survived by his wife Barbara Boyd McConnell, his two sons Ryan (Anne) McConnell  and Trevor (Jessica) McConnell, sister Carol (Rich) O’Buck, grandchildren (Nolan, Cullen, Lauren, and Rhett), 2 nieces, 3 nephews, 1 sister in-law, and 4 brothers in-law. Memorial services will be held Thursday March 10, 2022 at 3:00PM at Sherwood Oaks Christian Church 2700 East Rogers Road. Visitation will also be held Thursday at the church from 12:00PM Noon until the time of the service at 3:00PM. In lieu of flowers the family request that donations may be made via check to the:   Ryan Wilcoxen Memorial Scholarship Fund  P.O. Box 1025 Martinsville, IN 46151 Allen Funeral Home and Crematory 4155 South Old State Road 37 is handling the arrangements and online condolences, photos and memories may be shared with family and friends at www.allencares.com

On the evening of March 2, 2022, Robert (Bob) McConnell finished his race in this life.  Bob was the son of Chet and Sophie McConnell; he was born and raised in Rumford, ME.  He was a stand out, three sport athlete at Stephens High School. Bob... View Obituary & Service Information

The family of Robert K. McConnell created this Life Tributes page to make it easy to share your memories.

Customized sympathy cards. Mailed for you.