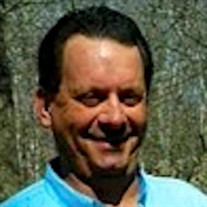 Terry Jay Defore, 61, of Center Point, passed away on Tuesday, August 24, 2021 at Monroe Hospital in Bloomington. He was born on December 29 ,1959 in Brazil, Indiana; the son of Kenneth “Max” and Willa Ruth (Haviland) Defore. Terry graduated in 1978 from Clay City High School and later obtained his certificate education in welding from Ivy Tech Community College. Terry was a lifetime expert welder and owned and operated his welding business, T and C Repairs for nearly 20 years. Terry was a member of Soul Harvest Church in Cloverdale and enjoyed tending to his small cattle farm. In addition, Terry enjoyed tractors, especially John Deere, Indiana University Basketball, and woodworking. His greatest time spent was with his grandchildren, always making them laugh. Terry is survived by his wife, Melanie, whom he married on March 25, 2016; children, Nicholas (Tessa) Defore and Jennifer (David) Schroer; grandchildren, Elia, Nora, Silas, Henry, Daniel and Levi; mother, Willa Defore; stepchildren, Tiffany (Dan) Harrison and Lauren (Josh) McCaslin; step-grandchildren, Gabriela, Luke, Timothy, Hannah, and Isaac. In addition, Terry is survived by his brothers, Steve, Rich, Mark, Ron and Ken; along with many nieces and nephews. He was preceded in death by his father, Kenneth “Max” Defore; and his grandparents. A private family service will be held. A Celebration of Life Service to the public will be held at a later date. In lieu of flowers, memorial contributions may be made in Terry’s memory to Soul Harvest Church in Cloverdale or Cory Community Church in Cory. Allen Funeral Home and Crematory, 4155 S. Old State Road 37, Bloomington have been entrusted with arrangements. Online condolences, photos and memories may be shared with family and friends at www.allencares.com

The family of Terry Jay Defore created this Life Tributes page to make it easy to share your memories.

Terry Jay Defore, 61, of Center Point, passed away on Tuesday,...

Send flowers to the Defore family.