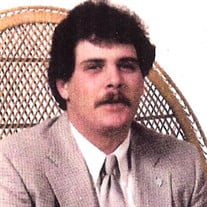 Timothy Michael Richardson, 59, of Bloomington passed away on Wednesday, April 13, 2022 at the IU Health Bloomington Hospital, surrounded by his family and friends. After extended health issues with his Congestive Heart Failure and Diabetes. He was born on May 28, 1962 in Bloomington, Indiana the youngest Son of Henry Lee and Elva Irene (Brown) Richardson. He attended Bloomington High School South, and played on the South Football team his freshman year. Tim worked as a Mason Brick layer for over 20 years with his father at Richardson & Sons Masonry, and then he went to work for the Brick Layer Union in Indianapolis for several years before retiring. He was a member of the Fraternal Order of Eagles in Bloomington , Brick Layers Union in Indianapolis, and attended Apostolic Bible Church with his family sometimes. He was an avid outdoorsman and enjoyed mushroom hunting, fishing, cookouts, working with his hands, model cars, drawing cars, and spending time with his family and good friends, as well as his dogs Boe and Chopper. Tim is survived by his son, Tobe Michael Hollers-Richardson of Bloomfield; grandson, Tristyn Michael Hollers of Waverly; six siblings, Phillip R. (Rogenia) Richardson of -------; Sandra K (Herb) Perkins of Bloomington; Shelia A. Summitt of Bloomington; Shelly D. Richardson of Bloomington; Shirley R. Janisse of Bloomington; Sheryl L. (David) Frye of Bloomington; lots of nieces and nephews, and great nieces and nephews. He was preceded in Death by his parents, Henry and Elva Richardson, and one brother, James L. Richardson, and one neice and one nephew. No memorial service will be held at this time. There will be a Celebration of Life Event set at a later date in May. That will be posted on the families Facebook pages. Cremation Rites have been accorded. Allen Funeral Home and Crematory have been entrusted with arrangements. The family request that anyone who would of normally sent flowers to the funeral home, to please make a donation to the American Heart Association in Tim’s honor. Online condolences, photos and memories may be shared with family and friends at www.allencares.com.

Timothy Michael Richardson, 59, of Bloomington passed away on Wednesday, April 13, 2022 at the IU Health Bloomington Hospital, surrounded by his family and friends. After extended health issues with his Congestive Heart Failure and Diabetes. He... View Obituary & Service Information

The family of Timothy Michael Richardson created this Life Tributes page to make it easy to share your memories.

Timothy Michael Richardson, 59, of Bloomington passed away on...

Send flowers to the Richardson family.