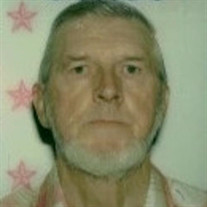 Walter John Cerajeski Jr., 93 of Gosport passed away Thursday, December 3, 2020 at his home in Gosport, Indiana with his family by his side. He was born on July 6, 1927 in Calumont City, Illinois the son of Walter Bernard and Gertrude (Petzold) Cerajeski Sr. He attended Catholic Central High School in Gary, Indiana. Walter was a Veteran of the US Army serving during the occupation time after WWII in the Far East Command in Tokyo, Japan with “A” Company of the 720th Military Police Battalion and later transferred to the 7th Regiment of the First Calvary Division in Hokkaido, Japan. During this time, he served as bodyguard for General Douglas MacArthur and other distinguished dignitaries, Ambassadors and entertainment figures. He also played baseball and basketball for Army. He married Tomoko Yamashita on February 9, 1953 in Tokyo, Japan. They were married for 57 years. He worked for United Sates Steel Corp. in Gary Indiana for over 40 years before retiring in 1982. He was a member of the American Legion Post # 118 in Bloomington, Indiana. And St. Paul’s Catholic Church. Bloomington, Indiana. He enjoyed Sports, The Chicago Cubs and Chicago Bears, and Bicycling. He will be greatly missed by all who loved and knew him. Walter is survived by his daughter, Kathleen Cerajeski of Gosport; his daughter-in-law, Cynthia Launer of Gosport; four nieces, Judy Massey, Barbara Fazio, Bonnie Schwartz and Pamela Cimino; and three nephews, Robert Cery, Bree Cery and Joseph Dudak. He was preceded in death by his parents, and his wife Tomoko; sisters, Rose Behnke, Lucille Dudak, Ann Marie Cerajeski; his brother Frank Cerajeski and Leonard Cery. Memorial contributions may be made to the Parkinson Association or your local Police Department K-9 unit. There are no service scheduled at this time. Cremation Rites have been accorded. Allen Funeral Home and Crematory have been entrusted with arrangements. Online condolences, photos and memories may be shared with family and friends at www.allencares.com

Walter John Cerajeski Jr., 93 of Gosport passed away Thursday, December 3, 2020 at his home in Gosport, Indiana with his family by his side. He was born on July 6, 1927 in Calumont City, Illinois the son of Walter Bernard and Gertrude (Petzold)... View Obituary & Service Information

The family of Walter John Cerajeski J created this Life Tributes page to make it easy to share your memories.

Send flowers to the Cerajeski family.