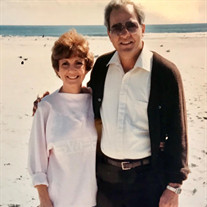 Willard D. Chambers, 80, passed away to the Lord at 5:17p.m. on Dec. 21, 2020 at the Brown County Health and Family Center. He was the son of Mildred Marie (Hawkins) Chambers and Willis Loren Chambers.  Preceding him in death were his parents, brother Julius, sister Delores, step-son Mike and step-daughter Juli. He married Connie (Fry-Zerface) Chambers in 1987 and he has one biological daughter Cynthia "Cindy" L. Chambers (Carl) Bennett, both Officers in the U.S. Army of Norman, OK., Three step-daughters, Lori (Phil) Stapleton, Terri (Kevin) Beatty, Juli Wright (deceased), and one step-son Michael "Mike" M. Zerface (deceased).  Will had two sisters and two brothers, Wilma Goodman (Ralph), Delores Bunch (deceased), Julius (deceased) and Marvin. He has several nieces, nephews, grandchildren and great-grandchildren. He was a member of the Northside Christian Church, a member of Eastern Star, (Mason Stanford Chapter 533),  He served his country in the United States Army.  Will graduated from Bloomington High School and then attended Indiana University. Will worked as a Manager of Bill's Auto Store for several years. He the was hired by Hoosier Energy of Indiana in the early '70's and worked as the Procurement/Purchasing/Inventory Manager until he retired in 1998. He loved bowling, tennis, fishing and restoring classic cars and old movie projectors.  He was a perfectionist who everyone wanted to have working on their property. He was an avid Nascar and Jeff Gordon fan. He loved horse races and going to Las Vegas and Atlantic City.  He relished beating you at a card game!  He golfed a bit, and was excellent working with his hands. He could build or make just about anything! Will, Dad, Grampi) was an amazing person, full of fun, orneriness, comfort and love!  His family meant everything. We loved him so much, and he will be missed forever. A celebration of life ceremony with Military Honors for Will will take place in 2021, when it is safe of COVID-19.  Allen Funeral Home and Crematory 4155 South Old State Road 37 is handling the arrangements and friends & family are invited to leave condolences, memories or photos for Will’s family may be shared at www.allencares.com In lieu of flowers, contributions may be made to The Alzheimer's Association at www.alz.org

Willard D. Chambers, 80, passed away to the Lord at 5:17p.m. on Dec. 21, 2020 at the Brown County Health and Family Center. He was the son of Mildred Marie (Hawkins) Chambers and Willis Loren Chambers.  Preceding him in death were his parents, brother Julius, sister Delores,... View Obituary & Service Information

The family of Willard D. Chambers created this Life Tributes page to make it easy to share your memories.

Send flowers to the Chambers family.