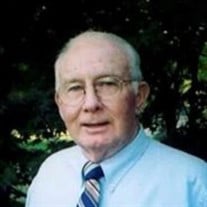 William ‘Bill’ DeMier 85, of Bloomington, IN passed away October 31, 2021, at Stonecroft Health Campus in Bloomington, IN. Born, October 15, 1936 in Miami, OK, he was the son of the late Buel and Flossie DeMier. Bill was fond of his childhood memories in Commerce, OK where he enjoyed the farm life and playing football. He continued to be an avid Oklahoma Sooners fan throughout his life. Late in his high school years, he moved to Fairfield, IL, and is a 1955 graduate of Fairfield Community High School. As a teen, Bill acquired a love for the oil industry, working with his father in the Southern Illinois oil fields and enjoyed his time spent as a young man working for Halliburton. Bill proudly served over 7 years in the Air Force Reserve and is a 1966 graduate from Southern Illinois University in Carbondale, IL. Bill worked as a Vocational Rehabilitation Counselor at Central State Hospital in Indianapolis, IN for over 25 years and at Richmond State Hospital in Richmond, IN for the last 5 years of his professional career before retiring in Bloomington, IN. Bill was a member of the Sycamore Valley Gun Club where he enjoyed fellowship with his many friends. Bill was preceded in death by his parents, and brother, Robert ‘Bob’ DeMier. He is survived by his nephew Steve (Kelly) DeMier of Bloomington, IN and niece Tamara (Bill) Humphrey of Mt. Carmel, IL; grandnephews Brandan (Sara) Jasinski, Tyler Wood, Tristan Wood, Brayden DeMier and grandnieces Bailey DeMier and Tiffany Wood; great-grandnephew Zurich Jasinski and great-grandnieces Clara and Charlotte Jasinski. A funeral service will be held at 5:00 on Thursday, November 4, 2021 at Allen Funeral Home and Crematory, 4155 S. Old State Road 37, Bloomington. Family will receive friends from 3:00 p.m. until the time of service at the funeral home. Online condolences, photos and memories may be shared with family and friends at www.allencares.com

The family of William C. DeMier created this Life Tributes page to make it easy to share your memories.

William ‘Bill’ DeMier 85, of Bloomington, IN passed away October...

Send flowers to the DeMier family.