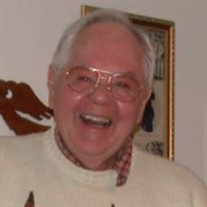 William James Weber February 21, 1931 - July 30, 2021 Bill Weber passed away from complications from Covid on Friday, July 30, 2021. He had been fully vaccinated and took precautions, but it was not enough. Bill was born in Salem Ohio. He earned his Bachelor's degree at University of the Ozarks, Masters of Divinity at Princeton Theological Seminary, and a Doctoral of Pastoral Counseling from Christian Theological Seminary in Indianapolis. Bill served as a Presbyterian minister for many years, including Churches in Kennett Square, PA, Ardmore, PA, Des Moines, IA, and Indianapolis, IN. After earning his doctorate, he worked for Koala Centers, directing one of their centers in Tennessee and consulting nationwide, and for St. Vincent Stress Center in Indianapolis, developing models of care and doing education and outreach across the state. He also entered private counseling practice and consulted with churches and businesses on building healthy organizations. Bill was awarded a Sagamore of the Wabash by Governor Evan Bayh for his work consulting with the State of Indiana on the state’s mental health system. As one friend recently said, “Bill enjoyed bringing people together.” And that is what he did. From leading youth groups and topical theological studies to building relationships with counselors and ministers around the country as part of his counseling work, many of the people Bill brought together would become lifelong friends. Bill enjoyed getting people to challenge their assumptions. He did not believe in telling people what to think, but rather teaching them how to think - to figure out for themselves what they believe and why. Bill was a lifelong learner, taking up artisan bread baking in his 80s, mastering on-line shopping during the early days of the shut down and continuing to write sermons he shared with family and friends long after retirement. While Bill avoided telling others what to think, he never wavered in his own opinions and ideas. The first time Bill met Vera, he went back to his room and told a friend “I met the woman I am going to marry.” Within a year, they were married. The next 67 years were full of adventure and challenge as they raised their family. His kids recall many stories from the yellow plaid sports jackets that he loved to his insistence on cooking hobo packs on the engine during long road trips, grandkids and outlaws will always remember fishing with Bill and Vera (who it pained him to admit could always outfish him!) on Lamb Lake or the waters of Canada. In his later life, nothing gave Bill greater enjoyment than his family. He loved family dinners and celebrations, baking, cooking with Vera and the family. He was an avid hobbyist, sewing with Vera, embroidering personal items for everyone, making pajama pants, bags and and making quilts for so many of us. He was preceded in death by his parents, William Andrew Weber, and Iva Mae Weber (nee Faulk). He is survived by his wife of 67 years Vera Jarrell Weber; children Karen Elizabeth Leinart (Steve), Amy Lynn Hoover (Brent), and William John Weber (Cathleen); Grandchildren Sara, Lily, Tom, Annie, Katie, Matthew, and Zachary; Great-grandchildren Brie, Blake and Clare. A private celebration of life will be held at a later date. In lieu of flowers, Bill’s family requests donations in his honor be made to University of the Ozarks, Clarksville Arkansas. (https://ozarks.edu/support/ways-to-support/give/) Allen Funeral Home and Crematory have been entrusted with arrangements. Online condolences, photos and memories may be shared with family and friends at www.allencares.com

William James Weber February 21, 1931 - July 30, 2021 Bill Weber passed away from complications from Covid on Friday, July 30, 2021. He had been fully vaccinated and took precautions, but it was not enough. Bill was born in Salem Ohio. He... View Obituary & Service Information

The family of William James "Bill" Weber created this Life Tributes page to make it easy to share your memories.

Send flowers to the Weber family.